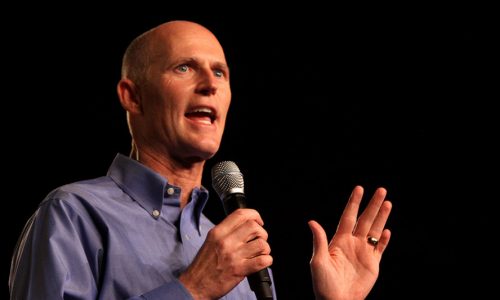 A Pennsylvania school district has decided to put armed security officers in each of its seven elementary schools following the Parkland high school shooting.

The Easton Area School District previously had armed security guards at each of its elementary schools until they were laid off during the 2012-2013 school year to save money, reports Lehigh Valley Live.

The district currently has six armed police officers and 15 unarmed security officers. The armed officers are primarily stationed at the district’s high school, middle school and academy and go to the elementary schools on a rotating basis.

When John Remaley was hired as the district’s supervisor of safe schools in 2014, he knew he wanted to reinstate the positions.

“The only thing that’s going to stop a bad guy with a gun is a good guy with a gun,” he said, mirroring NRA chief executive Wayne LaPierre’s statement following the 2012 Sandy Hook Elementary School shooting.

The Easton Area School Board has authorized Remaley to add 10 to 12 part-time positions to focus on the elementary schools.

“That’s certainly an area where we can improve and maybe tighten things a little bit and give everybody a peace of mind based on current situations,” he said. “We’ll provide security and a safe environment for our students, but we also want to be able to do that and not make our schools feel like an armed fortress.”

School Board President George Chando says the new hires will cost the district approximately $250,000 to $300,000.

Students at Emmaus High School were also told on Friday that they would be limited to two entrances when they arrive at school in the morning, according to The Morning Call.

On Thursday, Superintendent John Reinhart sent a letter home to parents outlining recent security initiatives made by the district, which include $1.4 million spent on installation of secure vestibules at all schools, new security cameras in all buildings and on school grounds, the requirement of all teachers to swipe a badge to enter their school and intruder training for all administrators. It also developed an electronic form where people can anonymously report potential threats.

“We are fortunate to have a group of school directors who care about the safety of the students and staff and who are willing to invest resources in creating the deterrents mentioned in this letter,” said Reinhart.

Over the next four to six weeks, all students and staff will also be trained on the “run, hide, fight” philosophy for handling school intruders.