Industrial robot giant Yaskawa Electric is to start supplying core parts to smaller rivals in China this spring “in a strategy to leverage the fast-growing robotics market there.”

Caption: Servomotors are used in the arm joints of industrial robots.

Yaskawa will sell machine controllers and servomotors — key components for robot control — in packages to several leading robot manufacturers in China. […] In a program similar to the “Intel Inside” campaign by the U.S. chipmaker, the Japanese company is even considering letting Chinese companies use the Yaskawa brand and sales channels when they sell robots containing its parts abroad.

Voodoo Manufacturing Inc. is conducting trials with a UR10 collaborative industrial robot from Universal Robots and plans to introduce collaborative robotic arm technology to its Brooklyn, N.Y., facility by September.

Caption: Voodoo Manufacturing Inc. is testing cobots that are able to move products into and out of its 3D machines, refill resin filaments, and conduct 3D inspections.

Meet the Atom Lab‘s Robot Assisted Manufacturing System (RAMS). RAMS is an automated system for shoe processing that “integrates machines specialized in production operations and anthropomorphic robots for the handling of the shoe between operations”…

Meanwhile, Raconteur asked “Where does the birthplace of the first industrial revolution stand in the race to be at the forefront of the fourth iteration?” and AFR reported that Japanese robot-maker Fanuc is exploiting the Chinese robotics boom and subsequent demand).

German robot maker Kuka is is targeting more than US$1 billion in sales in China by tapping into the Midea Group’s network, according to a report in South China Morning Post. (Midea paid US$5 billion for Kuka in late 2016.)

XPRIZE will award each finalist an equal share of a $1 million milestone prize purse for the cutting-edge ocean mapping and imaging technologies they have developed [including] artificial intelligence, aerial drones, underwater robotic swarms, lasers, and autonomous surface and underwater vehicles.

The Guardian reported that two of the six collisions involving autonomous vehicles in California so far this year “involved humans colliding with self-driving cars, apparently on purpose,” according to incident reports collected by the California department of motor vehicles.

Don’t blink or you’ll miss this robot solving a Rubik’s Cube in 0.38 seconds…

In a conversation with Monica Daley from the Royal Veterinary College’s Structure and Motion Lab, Robohub explored how roboticists can enhance their understanding of legged locomotion through the study of birds.

‘Curly’ the curling robot lost a match against humans…

Super Monster Wolf has an effective radius of about one kilometre and lights up its eyes and starts to howl when it detects an approaching animal.

The bot is now going into mass production and is expected to cost US$4,840 per unit. 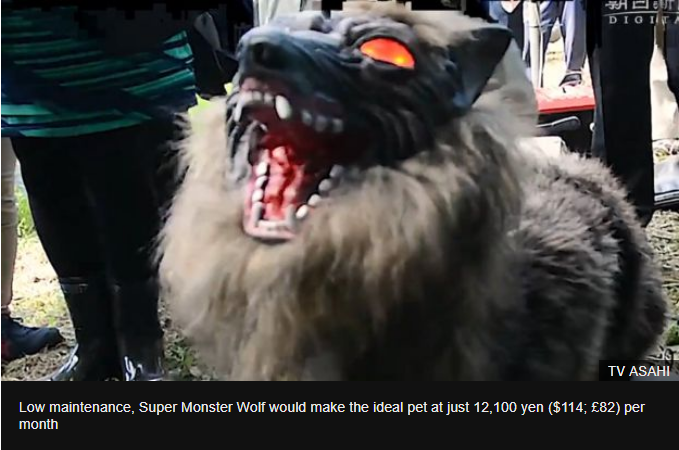 I’ll be back next week with more news from the world of robotics. It’s guaranteed to make your eyes light up. (Howling optional.)

1. The Institute for Manufacturing (IfM) opens its doors for the University of Cambridge Science Festival, Saturday 24 March 2018. There will be golf.

2. TechRepublic spoke with David Zarrouk, Director of the Bio-inspired and Medical Robotics Laboratory at Ben-Gurion University of the Negev, about the work he’s doing to make robots for health care that are inspired by biology and nature.

4. ANYmal showed off some dance moves that would make Mick Jagger blush.

5. Tokyo University of Agriculture and Technology is developing controllers that enable “expressive robot arm movement during human and environment interaction.”