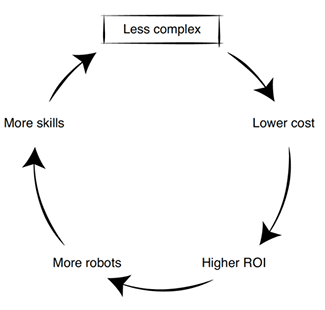 Meanwhile, according to Seeking Alpha, cobots “are the PCs of the Robot Era.” An article in Harvard Business Review argued that “tomorrow’s factories will need better processes, not just better robots,” and Bloomberg profiled Japanese startup Preferred Networks Inc., which aims to apply deep learning techniques to manufacturing.

Yaskawa plans to build a new factory in Slovenia (as reported by Japan Times).

Demand for automated guided vehicles and autonomous mobile robots used in manufacturing is “exploding,” with global sales set to reach nearly $1.5 billion this year, and revenues from AMRs expected to grow by almost 75% during 2018, according to a new report (H/T Drives & Controls).

Engineers at the University of Sheffield Advanced Manufacturing Research Centre are “leading the way in collaborative robotics research in a drive to help SMEs integrate the technology onto factory floors” (H/T PES Media).

On the surface, the next story isn’t directly related to robotics or AI, but check out the parallels between efficient biological design and efficient automation design. You have to wonder “How widely can this principle be applied?”

Researchers at Ruhr-Universität Bochum published imaging findings in Nature Communications this week that show “the more intelligent a person, the fewer connections there are between the neurons in [their] cerebral cortex.”

Bear in mind that previous research has shown that intelligent people have larger brains and also that they display less neuronal activity than others when performing an IQ test.

So, putting all these findings together, the Ruhr-Universität Bochum team concluded that “intelligent brains possess lean, yet efficient neuronal connections. Thus, they boast high mental performance at low neuronal activity.”

The chain reaction of Lean Robotics.

The parallels between these findings and the principles of Lean Robotics are intriguing. Less is more – at least in smart, effective automation projects.

In fact, throwing lots of effort into automation in the absence of lean design can lead to overkill and rapid project failure (the automation equivalent of how overthinking leads to cognitive inefficiencies). Lean robotics aims to cut out that waste.

Based on the principles of lean manufacturing, Lean Robotics shows you how to quickly design, integrate, and operate robotic cells that boast high performance for a minimal initial investment of time and money. It’s smart manufacturing design that mirrors the best in biological design. 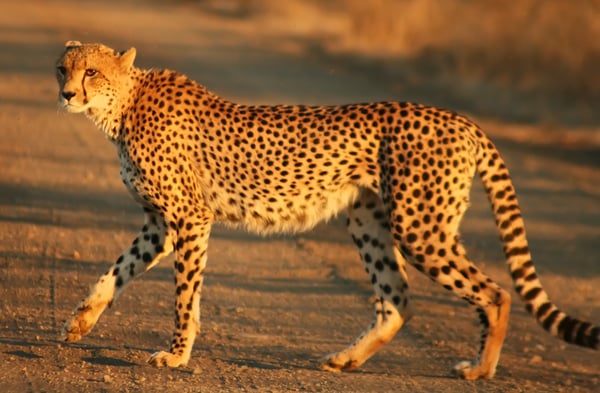 Biology sometimes sets efficiency standards that roboticists can only dream of replicating with current materials and power sources.

And so roboticists constantly look to the natural world for inspiration, hoping to capture the incredible efficiency of biological systems.

For example, this week in the world of bio-inspired robotics, researchers from the University of Washington revealed RoboFly, which they say is the “world’s first wireless insect-sized flying robot.” The main engineering challenge? Powering the flapping system in an energy-efficient way.

Here things take a turn away from biology, as the team eventually decided to power the bot using a “narrow, invisible laser beam” to excite a photovoltaic cell that then converts the laser light into electricity…

Over at ICRA, researchers revealed a “bio-inspired octopus robot based on [a] novel soft fluidic actuator”…

And researchers at Cornell revealed a cute, partly bio-inspired prototype bot that can express its emotions through touch, “sending out little spikes when it’s scared or even getting goosebumps to express delight or excitement.” The team compared the system to “human goosebumps, cats’ neck fur raising, dogs’ back hair, the needles of a porcupine, spiking of a blowfish, or a bird’s ruffled feathers.”

And a team from the University of Graz, Austria shared their research into the development of “robot spies” that can be used to study biological swarms, such as colonies of bees…

Despite all this talk of “intelligence” – and yet still in tune with the insight that “less is more” – tiny, self-powered, “mindless” vibrating robots are able to work together to move a corral, as demonstrated by researchers at the University of Bordeaux in France.

Intriguing stuff, even if you have to wonder to what extent a “mindless” robot can be called a “robot” at all. 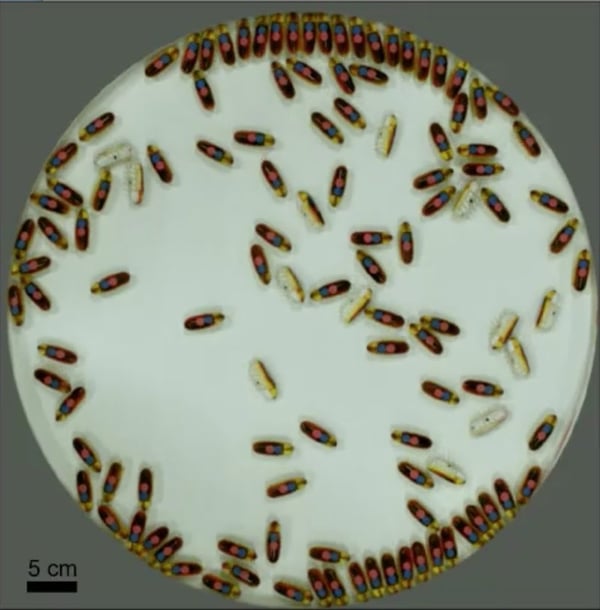 Collections of small, simple bots may someday perform useful tasks like exploration, so researchers want to learn about their basic principles of operation. Credit: A. Deblais et al., Phys. Rev. Lett. (2018) (Via PhysOrg).

1. NASA announced plans to launch the first-ever helicopter on Mars in July 2020. The miniature, unmanned drone-like chopper, dubbed “The Mars Helicopter,” weighs less than 1.8 kilos (4 lbs) and is about the size of a softball.

2. A team at MIT’s Little Devices Lab revealed a set of modular blocks that can be put together in different ways to produce diagnostic devices for testing blood glucose levels, detecting viral infections, and performing other functions.

5. Boston Dynamics announced that it will start selling its SpotMini robot in 2019.