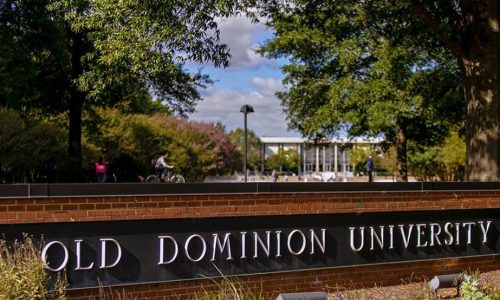 The president of Southwestern Baptist Theological Seminary has been fired after new information came to light regarding his handling of a student’s reported rape.

Paige Patterson was demoted a week ago from president to president emeritus of SWBTS after the publication of controversial statements he made regarding domestic abuse dating back to 2000.

Patterson’s comments included the Bible’s view of women and his beliefs about spousal abuse and why it is not grounds for divorce, reports The Washington Post.

In one recording, he said he advised a woman who was the victim of domestic violence to stay with her husband and pray for him.

In another, he commented on the physical attributes of a 16-year-old girl.

On May 6, a group of Southern Baptist women posted an open letter to Southwestern’s trustees asking the board to remove Patterson from his position, stating his remarks about women, sexuality and domestic violence were counter to the Bible’s teaching and reflected poorly on the denomination, according to News Observer.

The board’s initial decision to demote Patterson came after the letter was published and received more than 3,300 signatures.

The trustees ultimately chose to fire Patterson when they became aware of his mishandling of a reported sexual assault at a previous place of employment.

“The Executive Committee unanimously resolved to terminate Dr. Paige Patterson, effective immediately, removing all the benefits, rights and privileges provided by the May 22-23 board meeting, including the title of President Emeritus, the invitation to reside at the Baptist Heritage Center as theologian-in-residence and ongoing compensation,” read the statement.

While the letter did not name where the mishandled report occurred, the Washington Post recently published an article alleging Patterson told a woman who said she had been raped in 2003 when she was a student at Southeastern Baptist Theological Seminary not to report the assault to police and to forgive the assailant.

The woman said she was raped by a man she was dating at the time.

“I had bottled it up,” said the woman, who works in public relations in North Carolina. “My husband didn’t know about it until last week. … I told him ‘I need to do something.’”

The alleged assailant’s roommate at the time of the incident said the woman told him about the alleged assault shortly after it happened.

The woman said she was then put on probation for two years, most likely because she was with another man alone in her apartment, which was against seminary policy.

“They shamed the crap out of me, asking me question after question,” she said. “He didn’t necessarily say it was my fault, but [the sense from him was] I let him into my home.”

The woman also shared a letter written to her by Southeastern’s then-dean of students, Allan Moseley, dated April 9, 2003. He allegedly told her that she would be suspended or expelled if there was subsequent behavior the school deemed inappropriate.

“It is evident that your memories of moral lapses with [the alleged assailant’s name] cause you sadness and humiliation,” Moseley wrote in the letter.

The woman said she did not consider going to the police or sharing her story before now because Patterson is considered a giant among Southern Baptists. Patterson previously served as head of the Southern Baptist Convention.

“The woman I am now would’ve gone to authorities before the school,” she said. “There’s nothing I can do about it now. When you’re counseled by someone who you admire and respect, you just don’t.”