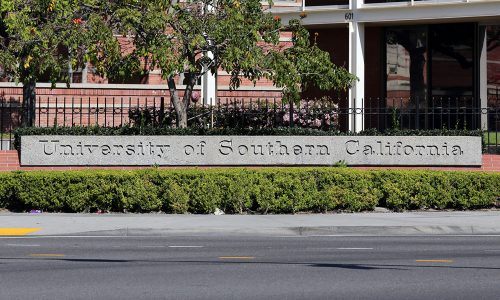 The U.S. Department of Education’s Office for Civil Rights announced Monday it has launched an investigation into the University of Southern California’s handling of sexual harassment allegations against a former gynecologist.

Last month, an exposé from the Los Angeles Times revealed the Los Angeles school let long-standing gynecologist George Tyndall continue treating students despite complaints about his concerning behavior dating back to the 90s.

More than 400 women came forward to report misconduct by Tyndall in the days after the story ran and several filed lawsuits against the school for failing to address numerous complaints from clinic staff regarding Tyndall’s behavior towards patients. One law firm alone, Manly, Stewart & Finaldi, has filed 20 lawsuits and is currently representing more than 100 women.

OCR’s investigation will assess USC’s response to the complaints dating back to 1990 that were not fully investigated by the university until spring 2016 and that the school did not disclose to the department during an earlier investigation, according to the press release.

The department currently has an unrelated monitoring agreement with the school as a result of OCR’s investigations into the university’s handling of allegations of sexual harassment and sexual violence spanning from Aug. 2010 through May 2015, continues the release.

Under the agreement, which was entered into on Jan. 28, 2018, USC was required to submit all reports and complaints against staff and faculty during the 2010-2013 academic years. No documents were provided to the department regarding Tyndall.

“No student should ever endure sexual harassment or abuse while trying to pursue their education,” said U.S. Secretary of Education Betsy DeVos. “Every student on every campus should have a safe learning environment, and I expect all education institutions under the Department’s jurisdiction to take seriously their responsibilities under Title IX. Attempts to obfuscate or hide Title IX violations from the Department will not be tolerated, and I am calling on USC to cooperate fully and completely with this investigation.”

The Los Angeles Police Department also launched a criminal investigation into the school in May. Police currently have the names of 52 women who have accused Tyndall of sexual misconduct between 1990 and 2016.

The LAPD will work closely with the Medical Board of California and will refer any evidence of criminal wrongdoing to prosecutors. Currently, 39 women have agreed to speak with investigators and police.

Tyndall was suspended by the school after a 2016 investigation concluded he “had violated the university’s policy on harassment by making repeated racially discriminatory and sexually inappropriate remarks during patient encounters.” He was later fired in June 2017.