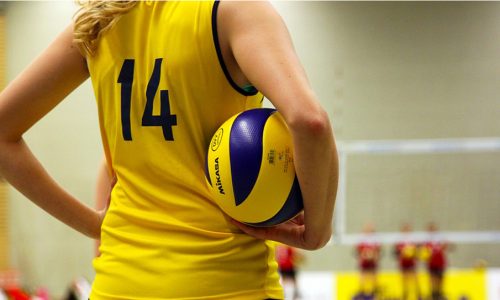 The Michigan State University Board of Trustees stood by Interim President John Engler during a meeting Friday as sexual assault victims and community members called for his removal.

Engler, who was named interim president in January after Lou Anna Simon announced her resignation hours after former MSU physician Larry Nassar was sentenced to up to 175 years for the sexual abuse of athletes he treated, has come under scrutiny after an email surfaced last week in which he accused victim Rachael Denhollander of getting a “kickback” from an attorney representing Nassar victims, reports MLive.

Trustees Brian Mosallum and Dianne Byrum, who had called for Engler’s removal, moved early in the meeting to add an agenda item to terminate Engler’s contract. The motion failed after the majority of the board blocked its addition.

Mosallum said his position has not changed despite having “spirited” conversations with Engler, who was present at the meeting and issued a brief apology for his email.

“There’s a lot of good things that are going on, but no one cares when you’re fighting with survivors. The message gets lost,” Mosallum said.

Byrum, although disappointed with the block, said the school has taken some steps in the right direction, including the approval during Friday’s meeting of a budget that includes 13 new Title IX-related positions, 10 new counseling and psych services positions, four new MSU police officers, two new Freedom of Information Act office positions and two new office of enterprise risk management, ethics and compliance positions, according to WLNS.

“I am absolutely committed to making sure that we can look anyone in the eye and we can say ‘never again at Michigan State University,’” Byrum said.

Attendees stood in protest and held up signs that read “Fire Engler”. Several Nassar victims also spoke out during the meeting, including Hannah Morrow, who said Engler should be removed because he is showing that the leader of a university can get away with victim shaming and slander.

Jennifer Rood-Bedford, also a Nassar victim and former MSU volleyball player, said she did not know what Engler really stood for and that the school made the case all about money.

“I wanted so badly to be fighting with you, alongside you, for change with my fellow survivors, not against you. But you were fighting the wrong fight. I never imagined I would find you standing in my way,” Rood-Bedford said to Engler.

Additional community members, including students, faculty and parents of victims, also called for Engler’s removal during the meeting.

Trustee Mitch Lyons defended his position for not removing Engler.

“I too was not happy with President Engler’s comments. I’ve struggled mightily with what’s the best course. And I’ve struggled with that today, to be quite frank, John,” Lyons said to Engler.

Lyons said the main reason he doesn’t support Engler’s removal is that it would take three or four months to find an interim president, which would counteract progress taken toward selecting a new president.

“Nobody in their right mind is walking into this hot mess right now,” he continued. “This cannot happen again. These comments cannot, and I will not allow it to happen again. We can’t be fighting with you guys. There’s just no place for it. And frankly, if John goes, in my mind, we all should go.”

Lyons also added that he himself has considered resigning but that it would slow the university’s progress as well.

“Trust me, I’ve thought of that,” he said following a prompt from an audience member. “And where’s that leave us if John resigns and eight trustees resign? How much further does that push the ball forward in order to bring somebody in here?”