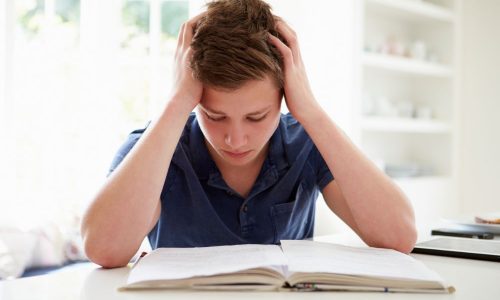 As mental health problems among college students continue to climb and available resources are running thin, students have been taking the matter into their own hands by creating student-run clubs and organizations to provide mental health support.

A new study, published Wednesday in the Journal of the American Academy of Child & Adolescent Psychiatry, found these organizations have helped bring awareness to and curb the stigma related to mental health, reports The Washington Post.

“Student-organized activities can improve college student mental-health attitudes and play an important role in improving the campus climate with respect to mental health,” said Bradley Stein, a senior physician policy researcher at the Rand Corporation and one of the study’s lead authors.

Related: Q and A With Student Suicide Prevention Expert

The study was based on an online survey that asked questions about mental health awareness and familiarity with Active Minds, a student-peer organization that supports student-run mental health clubs on college campuses. The national non-profit organization emphasizes the importance of college populations becoming comfortable with discussing mental health.

According to a 2017 data report from Healthy Minds, 11 percent of college students reported suicidal thoughts but only 24 percent received mental health therapy or counseling.

The survey was distributed three times during the 2016-2017 academic year and received responses from more than 1,100 students at 12 California colleges and universities.

By the end of the academic year, results for the low and moderate groups showed increased familiarity with Active Minds and was associated with increased knowledge, decreased stigma and a greater probability of helping another student during a mental health crisis.

“Student peer organizations can play an important role in changing the campus culture with respect to mental health and in supporting students getting to the mental health services they need,” the study concluded.

“The peer relationship really makes a big difference,” said Adams. “The group atmosphere of learning while doing things together — it really meets them where they are because they care about their peers.”

Active Minds was founded by Alison Malmon in 2003 after her older brother committed suicide. Malmon said she was encouraged by the study’s findings.

“Starting a conversation about mental health on a student-to-student level could change our approach to mental health, change the landscape and climate,” she said. “Now we have the data to prove it.”