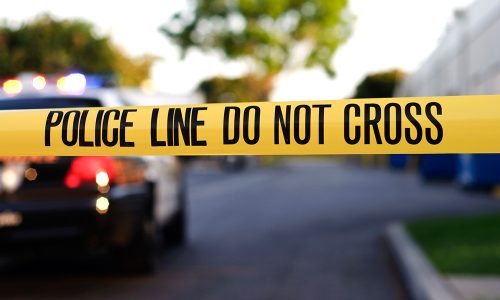 A Cal Poly Pomona security officer was fatally stabbed and a suspect was shot and killed by responding officers following an altercation.

The unnamed 39-year-old public safety employee was found by another employee stabbed to death in the front seat of a truck around 4:30 p.m. Friday afternoon in an undeveloped part of the campus, Los Angeles County Sheriff’s Department Lieutenant John Corina said during a news conference.

Officers responding to the incident received additional reports of a man “acting strange” in another area of campus approximately a half mile from the stabbing scene, according to Fox 5. Witnesses said the suspicious man appeared to be “out of it” and attacked another person.

The 31-year-old suspect was fatally shot by a Cal Poly Pomona police officer and a Pomona Police Department officer. Evidence led authorities to believe the man was responsible for the security officer’s stabbing death, Corina said. A knife was recovered from the scene.

“The scene was quite brutal — a lot of blood,” Corina added. “It looked like the suspect even cut himself during the attack.”

The suspect is described as possibly being a custodian at the university. The victim was not a sworn officer and did not carry a gun.

A campus safety alert was sent out at approximately 5 p.m. advising people to stay away from the Lanterman Developmental Center and the John T. Lyle Center for Regenerative Studies, reports the Los Angeles Times.

Poloma Police Chief Michael Olivieri said it was the calls and help from the public that led them to the suspect.

“You see something, you say something — that’s so true, and that’s what happened in this incident,” he said.