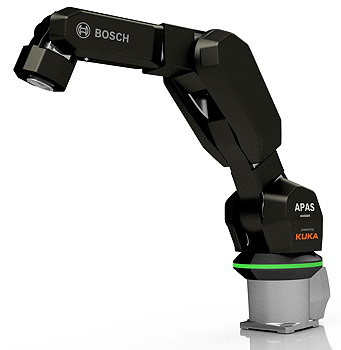 Bosch Rexroth showcased its new six-axis ‘Apas Assistant’ cobot arm (payload: up to 10kg) , based on a Kuka design, which uses capacitive sensor skin to avoid collisions. The skin’s 120 sensors enable the cobot to automatically stop at a speed of 0.5m/s.

Three Fraunhofer Institutes are developing a “new kinematics for milling lightweight materials, metals, and steels.” The team hopes to achieve a production tolerance of just 0.1 millimeters throughout the robot workspace. (H/T PhysOrg.)

Cobots can boost UK manufacturing productivity, according to The Telegraph (UK):

Even small factories should be able to expand by investing in robot use. And as Britain prepares to leave the EU, the case for this investment gets ever stronger. […] by automating, British companies should be able to compete on price with manufacturers in the Far East – and indeed undercut them thanks to lower logistics costs. 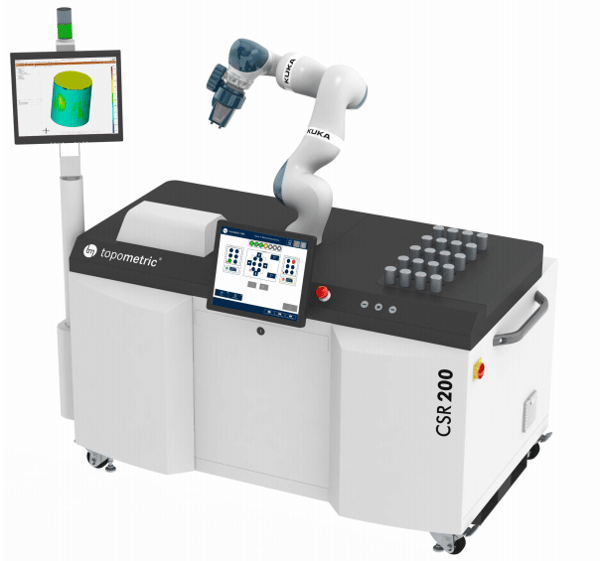 Credit: The CSR200 includes a cobot arm from KUKA.

Honda announced that it is retiring beloved humanoid robot Asimo.

Although Honda never commercialized Asimo, navigation and sensor technology developed for the biped has been made it into the company’s vehicles, according to a spokesperson. Several engineers from the Asimo team have moved to Center X, an R&D division charged with implementing Honda’s robotics strategy going forward.

Experts from Carl R. Woese Institute for Genomic Biology and the University of Illinois at Urbana-Champaign showcased ‘TerraSentia’ –a compact, autonomous mobile robot that can be used to count crops. TerraSentia “captures each plant from top to bottom using a suite of sensors (cameras), algorithms, and deep learning.” (H/T Science Daily.) 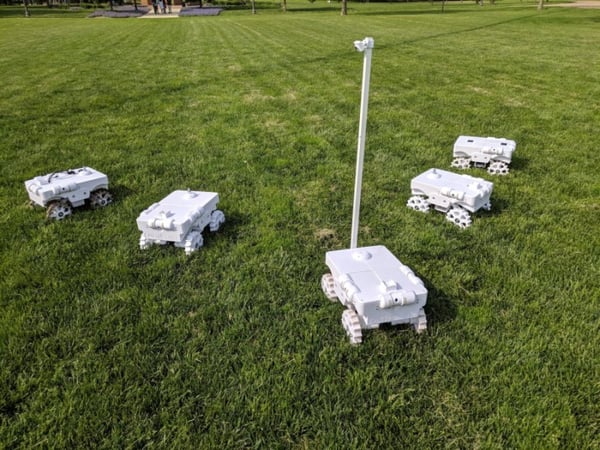 The Robot Report published its monthly roundup of robotics-related fundings, acquisitiions and IPOs. June saw some big deals, including Rockwell’s US$1 billion equity investment in control software provider PTC and Google’s US$500 million investment in China’s second largest e-commerce provider, JD. In all, 27 startups raised a combined total of US$2.1 billion.

An unmanned experimental robot boat developed at the University of Tokyo is being used to cut lotus stems on Lake Teganuma in Chiba Prefecture, as part of a pilot project. Via The Mainichi: 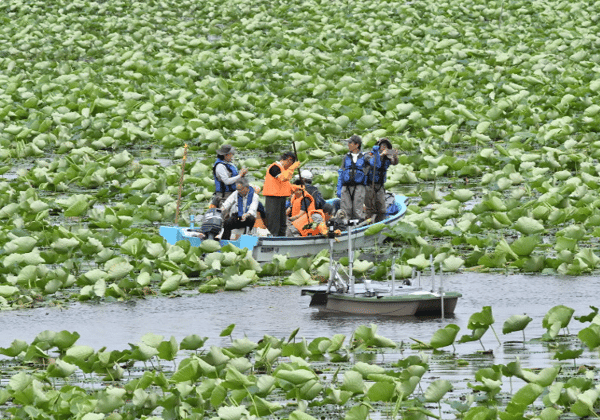 Caption: Japanese researchers have turned to robots in attempt to solve the problem of out-of-control lotus plants on Lake Teganuma.

In approximately 30 minutes, the robot boat, measuring about 2.5 meters long and 1.2 meters wide, with a trimmer at the front, cut the stems of around 200 square meters of lotuses 30 meters below the water’s surface.

SPARC (“the partnership for robotics in Europe”), published “Robot Mythbuster” a briefing document that busts seven common myths about robotics, from “There is a clear definition of a robot” and “Making robots is a solved problem” to “Robots are made only by engineers.”

I’ll be back next week with more robotics news. Until then, please enjoy…

1. Meet the latest version of HAMR (Harvard’s Ambulatory Microrobot). This ingenious robot relies on surface tension to swim, but can also apply a voltage to break through that tension when it needs to get beneath the surface.

2. The ‘Crew Interactive Mobile Companion’ (‘Cimon’) –a joint personal assistant bot collaboration between Airbus and IBM, funded by the German space agency– made it safely to the International Space Station. (Wired has more.)

3. Chiba Institute of Technology unveiled CanguRo –a three-wheeled machine that can double as both a service bot and a personal mobility device. (H/T The Japan Times.)

4. European researchers have built an experimental robotic platform (UNEXMIN) that can be used to study abandoned, flooded mines for remaining traces of valuable minerals. The team is currently exploring an old pegmatite mine in Central Finland. (H/T Euronews.)

5. University of Tokyo researchers demonstrated their articulated transforming “Dragon” drone. The device is able to transform in mid-air enabling it to perform a wide range of different functions.