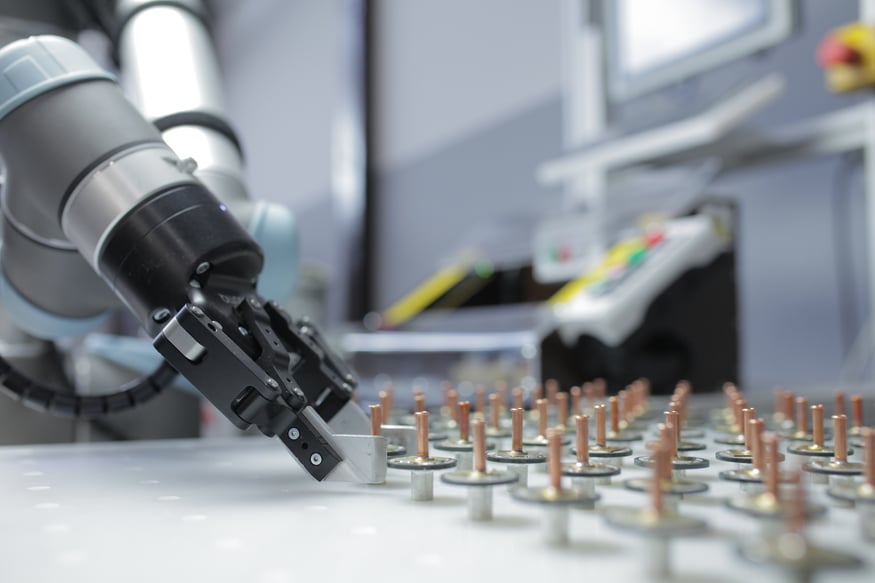 Robotic logistics has finally taken its hold in the world. Here’s the essential information so you can prepare yourself for the logistics of the future.

The future of logistics is now! And it’s going to be robotic.

Until a couple of years ago, the amount of robots in the material handling and distribution industry was relatively low. Automation has traditionally been challenging for this complex industry.

Recently, however, the pace has really picked up in robotic logistics. We are now starting to see huge funding and investment in the industry. For example, in June 2018 Google invested $500 million into automated logistics for JD (the Chinese equivalent to Amazon). At the end of last year, Alibaba invested $15 billion into its own robotic logistics infrastructure.

The global market for warehousing and logistics robotics is now projected to exceed $22 billion by the end of 2021.

Clearly, now is the time for us to get clued-up on robotic logistics!

What is robotic logistics?

Logistics is the management of the flow of things. These can either be physical things (product, inventory, materials, etc) or even the flow of information.

The logistics industry is huge. I think it’s fair to say that it holds together our modern world. Without logistics, we would all still be living on self-sufficient farms — we would have to, it’s the only way we would survive. Logistics keeps us alive.

Robotic logistics simply means applying robotics to one or more of these processes.

There are obviously a huge number of potential robotic applications. But, here are a few common ones:

The future of logistics is now! And it’s going to be robotic.

Why you should pay attention to robotic logistics now

The current boom of logistics robots has been a long time coming — at least 10 years, in fact. At Robotiq, we have been fortunate enough to witness the whole journey. Back in 2008, our CEO Samuel Bouchard wrote a blog post which announced the arrival of the innovative Kiva Systems robotic warehouse. Four years later, in 2012, Amazon acquired Kiva Systems. This acquisition could reasonably be said to be the starting point for a new type of automated logistics.

But why is this year, 2018, the moment to pay attention to robotic logistics?

Well, it seems we are reaching a tipping point. A 2016 trend report from logistics-giant DHL explained that two factors are driving the need for autonomous logistic solutions right now:

There is also a technological reason that logistics is the new “hot industry” for robotics. Several technologies have matured recently allowing them to be viable in real-world logistic applications.

Autonomous Guided Vehicle (AGV) technology is being used in autonomous forklifts, Artificial Intelligence (AI) applications are popping up all over the place, and collaborative robots are allowing robots to work alongside human workers.

As the US Material Handling and Logistic Roadmap from 2017 says: “Oh, how quickly the world is changing. And the supply chain right along with it.”

How will robotic logistics look in the near future?

Robots are already being used in logistics, sometimes extensively. Therefore, the logistics of the future will look similar to how it looks today. Over time, robotics will just creep into more and more applications.

Due to the complexity of the supply chain, human workers will almost certainly always play an important part. Robots will be used for those tasks which are dull, dirty, and dangerous. We have seen this happen in many other industries.

The DHL Robotics In Logistics Report paints a picture of how robots will be used in the three main parts of the supply chain:

Scalability is the key to the future of distribution centers.

Collaborative robots are likely to become important for tasks like co-packing where humans and robots work in the same areas on different steps in the packing process. Other robots which are predicted to be used are swarms, drones, and surveillance robots. Exoskeletons, which we saw a few of at Automatica 2018, may be used to help people pick up heavy loads.

Sorting centers are the midpoint between the huge distribution centers and the end customer. The key to these will be 24 Hour operation, allowing a continuous flow of goods from supplier to customer.

We often see companies using cobots to achieve close to 24 hour operation. For example, our case study of Walt Machine Inc shows how they were able to double daily production by running their robots for 15-20 hours a day.

Last-mile delivery is probably the most well-known robotic application among the general public.

Because it is so popular in the media, people probably think that last-mile robotic delivery is closer to being a reality than the other application technologies already listed. However, it seems likely that businesses will adopt robots into this area much more slowly than they will in the other areas. Adding a cobot in your sorting center, for example, is much easier than convincing your customers to accept drone deliveries.

As Tom Bonkenburg, author of the DHL report, says “Exciting as it is, robotics technology seems to be arriving slowly but surely in cautious and well-considered stages”

What area of logistics do you think robotics will be most useful for? Tell us in the comments below or join the discussion on LinkedIn, Twitter, Facebook or the DoF professional robotics community.