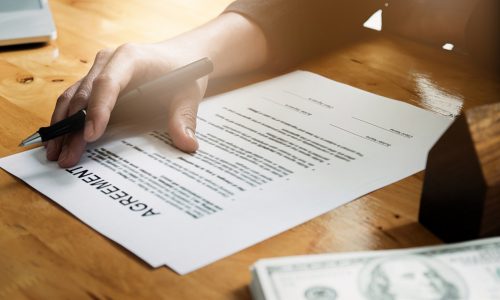 It claims that Nassar drugged, raped and impregnated Davis during a medical examination in the spring of 1992 and that the assault was caught on camera.

The victim, a then 17-year-old student on a field hockey scholarship at MSU, told her coach, Martha Ludwig, about the assault and video. Ludwig demanded the tape from Nassar who handed it over.

The file says that when the coach reported the assault and video to Perles, “she was forced to return the video, resign and sign a non-disclosure agreement.”

Neither Perles nor the field hockey coach has commented on the lawsuit thus far.

Instead, Perles’ son and former football player and coach at MSU, Pat Perles, has spoken about his father’s role in this case. He says the allegation against his father is a lie, according to ESPN.

He claims to have no memory of a complaint about a doctor raping a student throughout his time as athletic director.

“His memory is remarkably good for a man of his age,” Pat Perles said. “He doesn’t remember any of this because it never happened. There was no meeting with the field hockey coach. It certainly didn’t include this subject. It’s a fabrication.”

According to the case file, Davis was examined by Nassar twice. The first was recorded by a third-party and showed Nassar touching and licking Davis’ breasts.

Davis was asked to come in for a follow-up examination where she was drugged, raped and later found out she was pregnant. Since she had never had sex before, Davis was positive the baby was Nassar’s.

As stated in the case file, Davis eventually had a miscarriage. She reported the incident to university police who advised she take it up with the MSU athletic department.

The suit says, “Plaintiff Erika explained that the athletic department already dismissed it and the sergeant responded that George Perles is a ‘powerful man,’ and she should just drop it. Thereafter, Plaintiff Erika’s Field Hockey NCAA scholarship was taken away from her.”

A spokesperson for the university confirmed that Erika Davis was a part of the field hockey program in the early 1990s, but has yet to confirm if she was there on scholarship.

Michigan State police chief Jim Dunlap reports the allegation that the police department would refer a crime to the athletic department is “nonsense.”

“I wasn’t the chief 26 years ago, but I was here 26 years ago and I can tell you philosophically that just didn’t occur that we refuse to take a report,” Dunlap said. “You might not like an outcome from an investigation, but I can say unequivocally we don’t give investigations to non-law enforcement agencies.”

The attorney general’s office in Michigan has confirmed the school is aware of the lawsuit and is reviewing it.

The Perles family do not believe the timeline of Davis’ allegations add up and that her motives for this case are about money.

“[My parents’] feeling more than anything is that this detracts from the true suffering and pain that all these women have gone through and continue to go through,” Pat Perles said.

In 1992, Nassar was a medical student at MSU as well as an athletic trainer for gymnasts. Several other women have claimed Nassar molested them starting in the early 1990s. Of the 333 women who have made complaints, Davis is the only one who claimed she was raped.

A few months ago, MSU reached a settlement of $500 million with those women who allege they were assaulted by Larry Nassar. It is the worst sex abuse case in sports history.

In a statement sent to ABC 12, MSU says, “We are deeply sorry for the abuses Larry Nassar has committed, and for the trauma experienced by all sexual assault survivors. While the protocols and procedures mentioned in this lawsuit do not reflect how sexual assault claims are handled at MSU, we are taking the allegations very seriously and looking into the situation.”

You can read more on the Nassar case here.

The post Another Lawsuit Against Larry Nassar and MSU Filed by Former Student appeared first on Campus Safety Magazine.