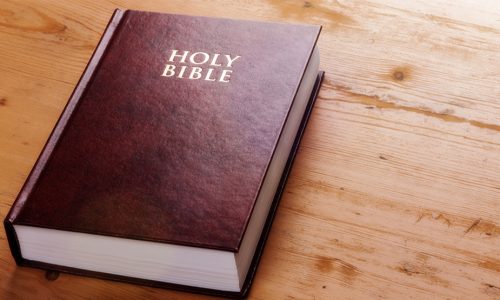 GLSEN, the leading education organization working to create safe and inclusive schools for LGBTQ students, announced today new findings from the 2017 National School Climate Survey, showing for the first time in a decade that victimization of LGBTQ youth is not decreasing at rates previously seen — and has, in fact, gotten worse for transgender and gender nonconforming youth.

Begun in 1999, the biennial National School Climate Survey has become the largest body of research on the experiences of LGBTQ youth in schools in the U.S., and examines indicators of negative school climate (biased remarks, victimization, and discrimination), the effects of school climate on student outcomes, and the availability and benefits of key school-based support shown to improve the lives of LGBTQ youth.

The 2017 National School Climate Survey is the largest and most geographically inclusive research sample ever of LGBTQ between 13 and 21 years of age, from all 50 states, the District of Columbia, and the U.S. territories, with 23,001 total survey respondents.

“We’ve seen great progress on dismantling homophobia and transphobia over the past decade, and increasing access to LGBTQ-inclusive supports in K-12 schools. Unfortunately, in 2017, that continued progress has slowed, and in some cases, we see no change at all. Worse still, our findings indicate that many schools have become even more hostile towards transgender and gender nonconforming youth,” said Dr. Joseph Kosciw, GLSEN Chief Research & Strategy Officer. “The good news we continue to see is that LGBTQ youth have better mental health and academic outcomes in schools with supportive and inclusive policies, educators, curriculum, and student-led GSA clubs.”

Among the many findings within the 2017 National School Climate Survey, are:

GLSEN’s 2017 National School Climate Survey provides additional insights on the youth-led safe schools movement growing in the U.S. today, and specifically, the prevalence of social-political activism of LGBTQ youth, including participation in GSAs and GLSEN programs, like the Day of Silence, No Name-Calling Week, and Ally Week.

Related: 4 Types of Bullying All Parents Should Be Aware Of

The vast majority of LGBTQ students (80.2%) have engaged in social-political activism, such as advocating for safe schools online or policy change at school. LGBTQ students who participate in their student-led GSA at school are more likely to engage in activism than those who do not (91.0% vs. 74.7%).

“This report should serve as an alarm bell for advocates and a call to action for anyone who cares about students’ wellbeing,” said Eliza Byard, GLSEN Executive Director. “Fortunately, the evidence continues to show that key interventions are working to improve students’ lives. We must continue to push to see them implemented in more schools, and support students who are organizing to improve their communities. LGBTQ-affirming supports in our schools reduce violence, improve academic achievement, and help save lives. Who wouldn’t want LGBTQ youth to feel safe and do better in schools?”

The 2017 National School Climate Survey full report and executive summary, along with related infographics, can be downloaded from glsen.org/nscs.

2017 National School Climate Survey was conducted online from April through August 2017. To obtain a representative national sample of lesbian, gay, bisexual, transgender, and queer (LGBTQ) youth, outreach was conducted through national, regional, and local organizations that provide services to or advocate on behalf of LGBTQ youth, and advertised and promoted on social networking sites, such as Facebook, Instagram, and Tumblr. To ensure representation of transgender youth, youth of color, and youth in rural communities, special efforts were made to notify groups and organizations that work predominantly with these populations.