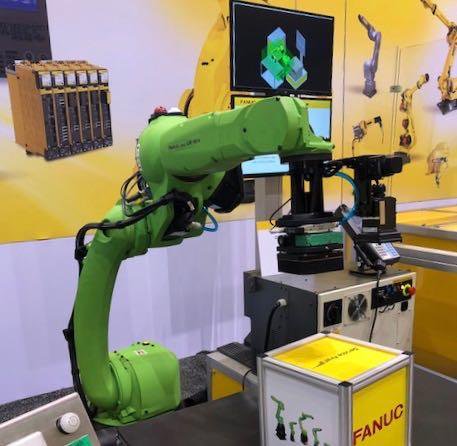 A Universal Robots UR5e cobot with a two-fingered gripper from Robotiq had the privilege of ringing the closing bell at the New York Stock Exchange on Wednesday. (Robotiq’s David Maltais has video and more.)

The event was part of celebrations around the five-year anniversary of ROBO Global, the first robotics, automation and AI index. Credit: Universal Robots

FAUNC’s CR-15iA cobot made its PACK EXPO International debut this week. With a payload of 15 kg, the six-axis cobot is designed to fill “the gap between its smaller CR-4iA and CR-7iA siblings and larger big brother, the CR-35iA.” (H/T Automation World)

UFACTORY, a Chinese tech startup raised over US$200,000 within hours of launching a Kickstarter campaign for its ‘xArm industrial robot.’ xArm, which comes in three sizes, is aimed at a SMEs, research labs, and maker spaces. (H/T 3D Printing Media)

Skyline Robotics has raised US$3 million for its automated skyscraper window cleaning system. Dubbed ‘Ozmo,’ the system can radically speed up cleaning processes, according to company sources. 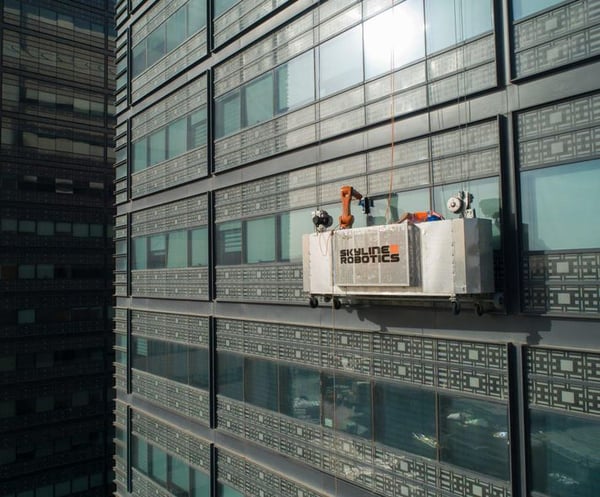 The system has been successfully tested on a small scale, but is yet to clean a complete skyscraper. Credit: Skyline Robotics

While the traditional solution involves three cleaners working about 480 hours in the air each to clean an average 40-story building, Ozmo is expected to expedite the process by 18 times, cleaning the same building in just one week and with only one operator standing safely on the ground.

Google’s deep-learning based ‘LYmph Node Assistant’ (LYNA) artificial intelligence system has outperformed human doctors when it comes to visual detection of cancer cells on slides, according to a post on Google’s AI blog. (MSN has more.) 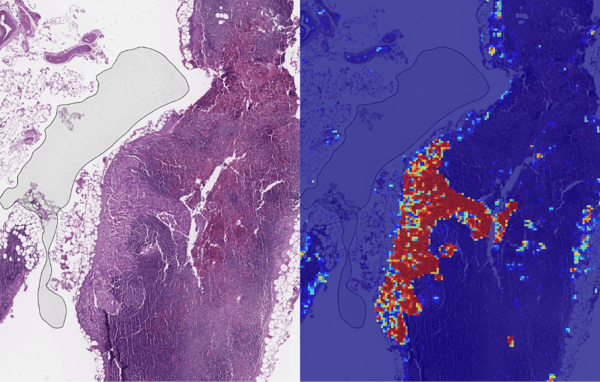 LYNA can detect cancer with 99% accuracy, while human detection rates can be as low as 38%. Credit: Google

The latest edition of the Robohub podcast features the work of Patrick Tresset, a London based artist and the creator of an automated portraiture system…

ADEPT can catch a ball and crush a can. Credit: Cornell

Following a US$3 million award from the National Science Foundation, Virginia Tech researchers are starting work with exoskeleton maker Sarcos Robotics on the development of “whole-body powered exoskeletons for augmenting human performance in industrial use.” 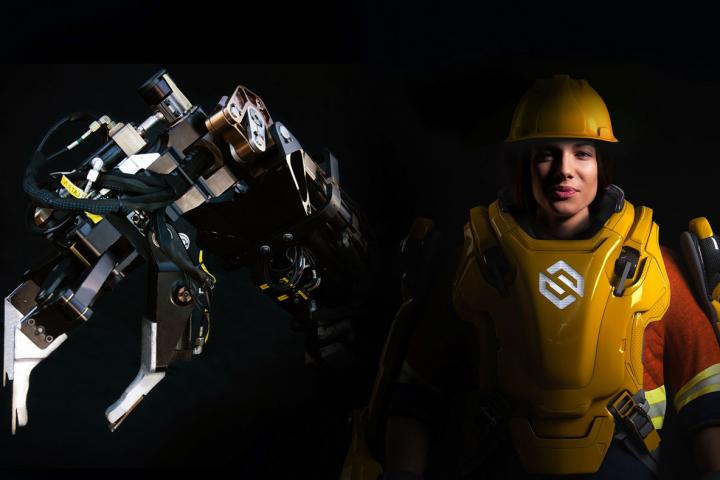 Researchers also plan to investigate the impact robotic exoskeletons may have on the “socio-technological landscape” of jobs. (H/T PhysOrg)

Come back next week for more robotics and AI news! Until then…

1. Boston Dynamics dominated the popular tech news cycle again this week following the release of a massively entertaining video that showcases its quadruped Spot robot dancing to Bruno Mars’ hit song “Uptown Funk.” While most headlines focused on Spot’s twerking, but what really impressed me were the moon walk segments. Spot sure has some smooth moves.

2. MIT announced plans to invest US$1 billion in a college dedicated to interdisciplinary artificial intelligence research this week. MIT hopes to attract students in fields like biology, chemistry, physics, politics, history, and linguistics who also know how to apply machine learning to these disciplines.

3. Pepper appeared before a UK Parliamentary Commission this week. Before the event, some experts wondered whether such technology demonstrations give a false impression of the state of AI and robotics research.

4. The Robotics for Extreme Environment Group at The University of Manchester released stunning robot’s eye video from a recent MIRRAX deployment in an active cell at the Sellafield nuclear site.

5. Bloomberg featured the work of roboticist Danielle Ishak, who created ElliQ –a robot designed to provide companionship to the elderly.