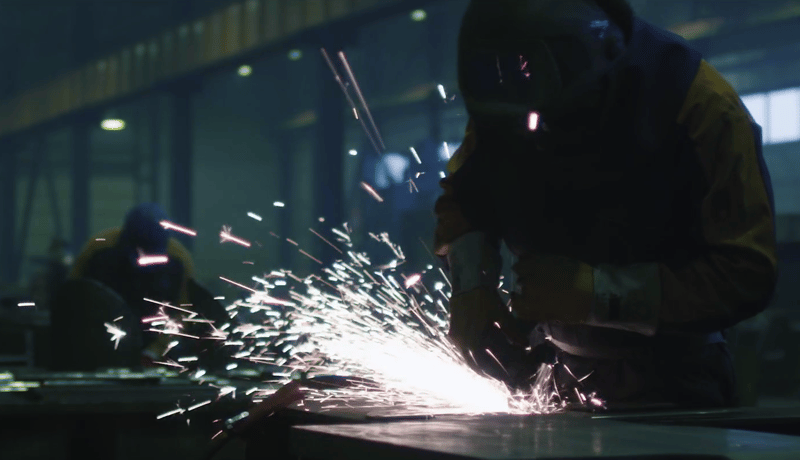 Metal fabrication advancements affect a wide variety of sectors, ranging from automotive to mining. And companies specializing in metal fabrication know they must readily adapt to changing customer needs to stay profitable.

One way they’re doing that is by using collaborative robots — commonly called “cobots.”

Cobots work alongside humans and assist with tasks to increase efficiency and overall output. Plus, some models are highly versatile and can be quickly programmed to do various functions as needed throughout a day.

That adaptability means metal fabrication specialists can swiftly scale up operations or cater to client needs without dealing with ballooning costs.

The increased need for welders could worsen the fatigue and repetitive motion. Cobots can help on less value-added tasks

Taking on tedious or dangerous tasks

Many of the duties in the metal fabrication industry require repetitive motions that could lead to worker fatigue or strains that make people less productive while on the job or even cause them to have to stay home from work to recover.

Cobots used in metal fabrication can assume monotonous or hazardous tasks. Then, it’s possible for humans to apply their skills to other roles by adding value to their respective companies in ways that are rewarding and not as potentially harmful.

Predictions suggest the likelihood of a 290,000-person labor shortage within the United States’ welding market by 2020. The severe hurricanes of 2017 exacerbated the issue, as residents surveyed the destruction of their homes and began weighing their options for rebuilding their abodes.

Considering that the increased need for welders could worsen the fatigue and repetitive motion issues mentioned above — especially if they work longer or more frequent shifts than usual — cobots are ideal for assisting human workers and making the labor shortage less prevalent than it would be without the help of that technology.

The use of cobots to cope with metal fabrication labor needs could make other industries also dealing with labor shortages realize that now is the time to investigate cobots as an option — and one that suits modest budgets.

One study found that, although the average hourly labor cost for a manufacturing worker in the United States is $36, it only costs $4 an hour to use a cobot. Analysts think the attractive costs may make companies less reliant on outsourcing.

However, as time progressed, metal fabrication played an even more crucial role in society. Metal fabrication offers aesthetic appeal, heat resistance and cost-efficiency, among its benefits.

As such, companies that offer it typically find they deal with clients from numerous industries. Although many metal fabrication facilities are expansive, smaller operations exist too. Some cobot manufacturers specifically appeal to clients that face challenges related to space limitations.

In 2017, Universal Robots and ARC launched the first integrated cobot system for metal inert gas (MIG) welding. It’s called the SnapWeld Collaborative Robot Welding Package, and it assists small-job shops that want to expand their operations by deploying the equipment in existing manual welding booths instead of making space for new machinery.

Moreover, small operations benefit from cobots by using them to scale up or back as needs dictate. They no longer have to buy massive equipment that only performs one task.

Some even have components powered by artificial intelligence (AI), so they get smarter with use and don’t require repetitive setup processes before beginning new kinds of work.

These advantages apply to small businesses of all types, and not just those in the metal fabrication sector.

Still in the early stages

The use of cobots in metal fabrication or other sectors is still new compared to other kinds of robotics technologies.

Besides the applications mentioned above, others will undoubtedly arise as new models arrive on the market and companies explore diverse ways to incorporate them into workflows.