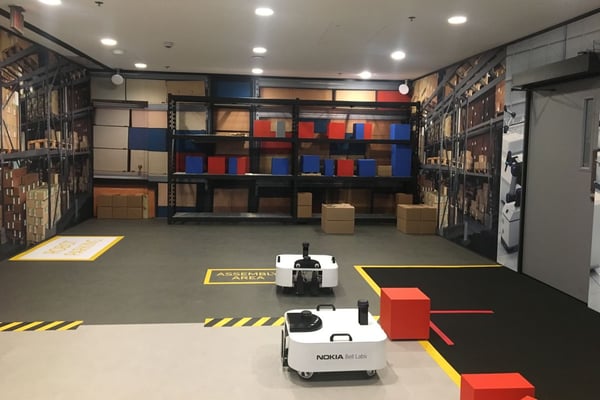 Peter Voser, the Chairman of industrial automation giant ABB spoke with CNBC about trade issues and China’s need for automation following ABB’s announcement of a massive investment in a new Chinese manufacturing facility.

Is the market rethinking the value of collaborative robotics after the closure of Rethink Robotics? The answer is a definitive “No,” reports ZDNet:

Indeed, the collaborative robotics market as a whole has never seemed more promising after Rethink’s demise.

Robotiq, makers of the world’s best selling grippers for cobots, unveiled the next generation of cobot grippers this week. The 2F-85 and 2F-140 adaptive grippers are connected to Universal Robots’ safety function, making them “more collaborative than ever,” explains Robotiq’s David Maltais:

The new Adaptive Grippers are less exposed to factory air, dust, and fluids. Their finger bases have been redesigned to simplify fingertip changeover and ensure a reliable grip. The overall design is smoother and rounder, with every sharp edge removed. Each one also includes an accessories holder near the base.

Nokia Corp. is betting that the real value for the highly-anticipated emerging [5G] technology will be in improving productivity in industries ranging from manufacturing to energy to agriculture, The Wall Street Journal reported:

Nokia, which started researching 5G technology in 2007, recently built a facility at its Bell Labs research and development division to help enterprises envision how 5G and other high-performance networking techniques could, for example, help improve robotic processes in factories and manufacturing floors.

A lack of ‘big data’ open standards could undermine manufacturers’ Industry 4.0 ambitions, according to Adam Byrne, CEO of RealVNC who argues that manufacturers must “change the way we manage data.” (H/T Manufacturing.Net)

Researchers have created amazing propeller-shaped nanorobots that are a perfect size for drilling through the dense tissue found in human eyes. This is a world’s first for the bots (200 times smaller than the width of a human hair) and could open up new possibilities for robotic eye surgery.

This is the first time scientists were able to steer nanorobots through dense tissue, as so far, it has only been demonstrated in model systems or biological fluids. The researchers’ vision is to one day load the nanopropellers with drugs or other therapeutic agents and steer them to a targeted area, where they can deliver the medication to where it is needed.

Astroscale, a company developing technologies to capture and deorbit space debris has raised a $50 millionSeries D round, bringing its total to date to US$102 million. The firm’s ELSA-d spacecraft (see pic below) is scheduled for launch in early 2020. (H/T Space.com) 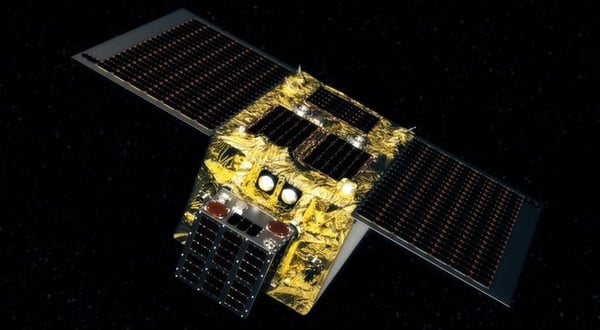 U.N. Secretary-General Antonio Guterres has called for world leaders to avoid “autonomous machines with the power and the capacity to take human lives on their own without human control.” 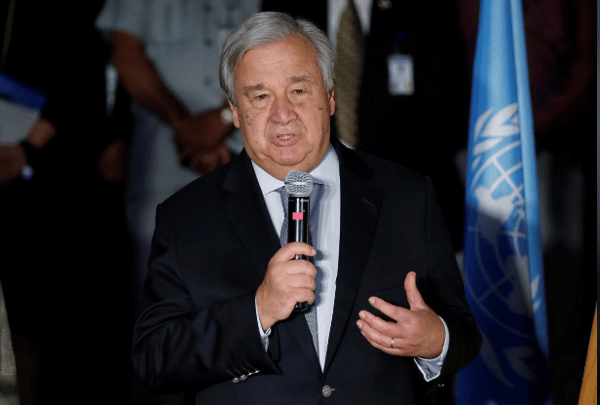 “This is the kind of thing that in my opinion is not only politically unacceptable, it is morally repugnant and I believe it should be banned by international law,” he said. “It is an area where I believe the international community needs to come together,” he said.

Come back next week for more updates on the latest robotics news from the world of manufacturing and beyond!

Until then, please enjoy…

1. A new social robot launched this week. Dubbed Furhat, the bot could, according to its makers, enable companies to practice unbiased recruitment procedures (as well as a plethora of other functions).

2. Scientists have created a system of 5,000 “dancing” robots in an effort to create the largest 3-D map of the universe.

3. MIT researchers have proposed a system that uses a swarm of drones to help find lost hikers in areas of dense forest. Fitted with laser-range finders for position estimation, localization, and path planning, the drone creates a 3-D map of the terrain as it flies. Object recognition is then used to locate humans that have lost their way. (H/T MIT News)

4. Cassie, the usually good-natured bipedal research bot, was apparently hacked by a small furry creature and some humans and turned into an AT-ST (shout out to Stars Wars fans) with sinister and comical results. Thankfully, some people from Oregon State University’s Dynamics Robotics Lab were there to capture it on video!

5. In a fascinating TED talk, robot ethicist Kate Darling explores the possible ethical consequences of our hard-wired tendency to project agency and life onto machines.