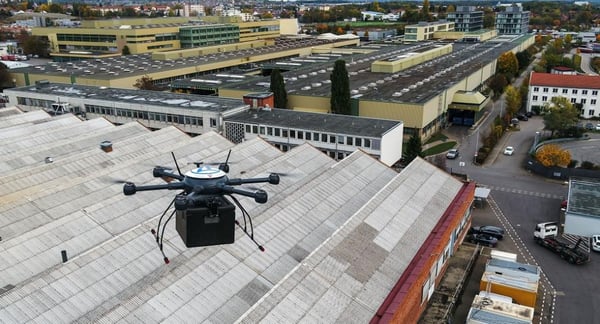 Universal Robots has hired more than 20 former employees of Rethink Robotics (“primarily within engineering and product development roles”) and will take over Boston, Mass.-based Rethink’s old office at 27 Wormwood Street., according to The Robot Report.

German car parts maker ZF Friedrichshafen announced that it is the first company in Germany to use automated drones to transport spare parts around its manufacturing facility.

A six-motor UAS is being used to conduct the flights. The UAS is capable of carrying up to five kilograms in weight by air (or three kilograms of goods after taking into account the grippers and transport box.)

Asian Robotics Review explored the rise of industrial automation giants in China and found that:

“Far from the grasp of Brussels, EU labor restrictions, contentious neighbors, and prying competitors, KUKA, ABB and Siemens are footloose in a continent full of factories and warehouses, while an appreciative host smooths the way ahead.”

South Korea needs to “improve the overall competitiveness of its robotics industry amid growing challenges posed by Chinese rivals,” according to a new report from the state-run Korea Institute for Industrial Economics and Trade. (H/T Yonhap News Agency)

Successful human-robot collaboration requires lean and flexible manufacturing cell design. Sometimes manufacturers will require a cell that does not require the human worker to be in attendance at all times. And in some sets of circumstances, manufacturers may even choose to use a cobot on its own.

In a recent installation in an Australian pharmaceutical manufacturing facility, automation specialists Andrew Donald Design Engineering (ADDE) used a cobot from Universal Robots for palletizing although it could have used a traditional, non-collaborative industrial robot for the same task…

The decision for using a collaborative robot in this case was that if service is required then an operator can work on one cell whilst the rest of the cell is still operating. There is no need to shut the entire cell down. This application allowed us to have the palletising cells close together, optimising floor space.

In a fascinating piece for Aerospace Manufacturing (“On the wings of automated freedom”), Professor Phil Webb, the Royal Academy of Engineering Airbus Chair in Aero-Structure Design, Aerospace Integration Research Centre, Cranfield University explored “the challenges involved in human-robot collaborative manufacturing, the kinds of robots involved and how they work, and the future implications for the industry.”

Progressive Automations released video showing how its linear actuators are made…

There is an “urgent” need to “prepare work-floor employees for working alongside a new generation of smart robots,” according to Josje Verbeeten, managing director and co-owner of Robot Academy. (H/T Innovation Origins)

In other cobot and manufacturing reading…

A one-armed bricklaying-bot from Australian firm Fast Brick Robotics successfully completed building a 180 square metre, three-bedroom, two-bathroom home in under three days. The ‘Hadrian X’ can lay up to 1,000 bricks per hour, roughly equivalent to the output of two human bricklayers in a day. (H/T Sydney Morning Herald)

With the European Union funding many robotics projects through its Horizon 2020 program and formal Brexit due on March 29, 2019, UK-based robotics researchers and their European colleagues have been wondering what lies ahead for current and future robotics projects. As details of the UK-EU agreement emerged Wednesday, it became clear that, as Science | Business reported, the Brexit deal “will change but not end UK participation in European research.” 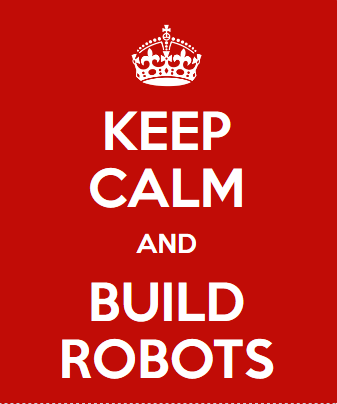 Firstly, the UK-government has agreed to fund all current projects post-Brexit at the same levels as Horizon 2020. Secondly, from 2020 forward, the UK is expected to enjoy “associate country” status (alongside Switzerland, Norway and 14 other countries already doing so), enabling UK roboticists to continue working on Europe-wide robotics research projects.

A pair of Google researchers has created an automated lyric generation machine, with “hilariously garbage” results:

Ob-La-Di, Ob-La-Da, it is not. Score one for human lyricists this time around. But for how long? (MIT Technology Review has more.)

Check back next week for another roundup the latest robotics news in manufacturing and beyond!

Until then, please enjoy…

1. Chinese state news agency Xinhua unveiled a pair of “AI Synthetic News Anchors” as part of a government program to promote artificial intelligence in the country. (TechXplore has more.)

4. Researchers at the University of British Columbia’s CARIS lab are working on ways to streamline handovers between humans and robots.

5. A team from Brigham Young University has developed an algorithm that enables a drone to map its own route and fly independently to image an entire city. Those images are then used to generate stunning 3-D maps of the target. Recently, the team tested their new algorithm in Italian towns that were destroyed by a massive earthquake two years ago.