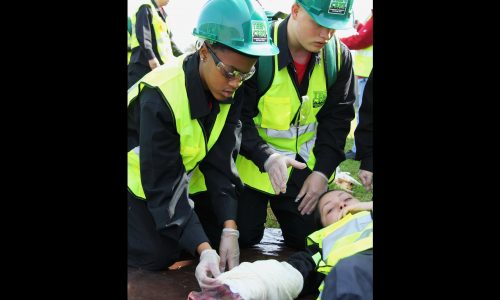 As I write this editorial, all of us are reeling from the immense losses that have resulted from California’s fire storms this month. Right now, the death toll from the Camp and Woolsey wildfires stands at 81 and three, respectively. Nearly 900 people are missing in the area impacted by the Camp fire, which has so far destroyed 12,794 structures. The Woolsey Fire destroyed 1,452 structures and damaged 337 more. The town of Paradise has been leveled, and its Adventist Health Feather River Hospital was damaged.

As terrible as these statistics are, I find great comfort in the stories of the countless acts of heroism by firefighters, law enforcement, nurses and the general public who risked their lives to save others or stepped up to help after the flames subsided. It’s during dark times like these that the human spirit truly shines.

Related: CERT Is Worth the Work

This editorial is dedicated to those heroes.

There are countless other stories of kindness, bravery and selflessness that I didn’t mention here, and we see this type of valor whenever there is a tragedy, whether it’s in California or any other part of the country or the world. All who do their part — whether it’s in response to a fire, hurricane, tornado, shooting, act of terrorism or some other tragedy — deserve our profound thanks and support. Their volunteerism and good deeds are truly what make America great.

During the holidays, let these shining examples be your reminders of the goodness of humanity.

The post During Our Darkest Times, Human Kindness Shines Through appeared first on Campus Safety Magazine.