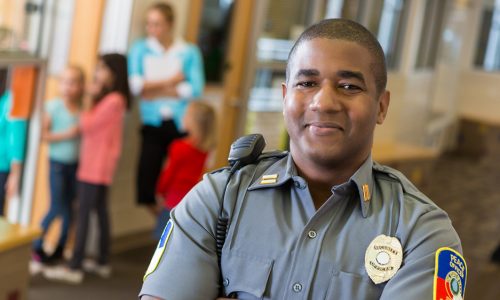 A Florida sheriff’s deputy, who was also a school security officer, shot and killed three of his family members Wednesday before taking his own life.

Terry Strawn, 58, shot and killed his wife, daughter and granddaughter using his service weapon, according to The Washington Post. The victims have been identified as 58-year-old Teresa Strawn, 32-year-old Courtney Strawn and six-year-old Londyn Strawn.

Strawn confessed to the killings over the Hillsborough County Sheriff’s radio channel. He detailed where the crimes took place before stating he was going to kill himself.

Three deputies were able to locate Strawn near Plant High School where they pleaded with him not to take his own life. He shot himself moments later.

In Strawn’s final radio transmission, he said that he “was losing everything” and “had to go be with his family”, says County Sheriff Chad Chronister.

Court records show Strawn and his wife filed for bankruptcy protection in 2011 but had qualified for a mortgage earlier this year.

Strawn was hired by the department in 1991 where he maintained a “phenomenal reputation”, says Chronister. He passed a background check and psychological exam, which included a verbal examination and interview with a psychiatrist. He was also named Officer of the Year in 2009.

Strawn retired briefly two years ago but was rehired last summer as a school security officer at Valrico Elementary School, where his granddaughter was a student, reports The New York Post.

He was one of more than 100 officers recruited and trained to protect the county’s elementary schools following the Marjory Stoneman Douglas shooting.

The school released a statement, calling the incident “shocking” and describing six-year-old Londyn as “a kind spirit” who was “excited about reading and math”. Crisis team members will be at the school Thursday for students and teachers.

Wednesday’s tragedy isn’t the first of its kind to rock this community. On Sep. 24, 39-year-old Kirk Keithley, also a Hillsborough County sheriff, shot and killed his wife, 33-year-old Samantha Keithley, at their home before killing himself. Their four children were present at the time but were not hurt.

“We have to change the culture,” he added. “We have to make sure everyone knows it’s okay to ask for help. It’s not a sign of weakness to say: ‘Hey, I’m having a difficult time. I’m having a hard time. I need some help.’”