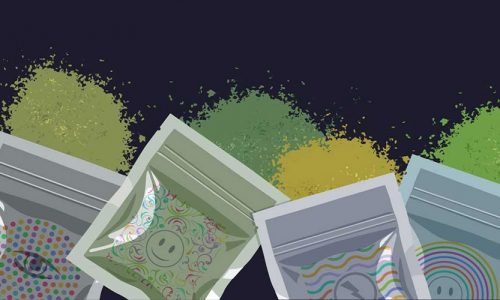 Synthetic weed, a human-made mind-altering chemical that can be up to 100 times more potent than marijuana, remains a popular drug among American teenagers.

In the past year, 3.5 percent of twelfth graders, 2.9 percent of tenth graders and 1.6 percent of eighth graders reported using the drug, according to results from the 2018 Monitoring the Future (MTF) survey.

The survey, which is funded by the National Institute on Drug Abuse (NIDA) and conducted by scientists at the University of Michigan, has tracked annual drug use among eighth, tenth and twelfth graders since 1975.

This year’s survey includes responses from 44,482 students at 392 public and private schools on substance use of and attitudes towards e-cigarettes and vaping, marijuana, opioids, heroin, ecstasy, cocaine, synthetic cannabinoids, alcohol, tobacco and other drugs.

Check out this article’s slideshow for a complete breakdown of all drug statistics covered in the survey from 1991 to 2018.

While the use of synthetic weed by twelfth graders has dropped significantly from 11.4 percent in 2011, this year’s findings show synthetic weed is still the second most popular illegal drug among teens behind marijuana.

Below is an infographic from the MTF survey showing where synthetic weed stands compared with other drugs in popularity. 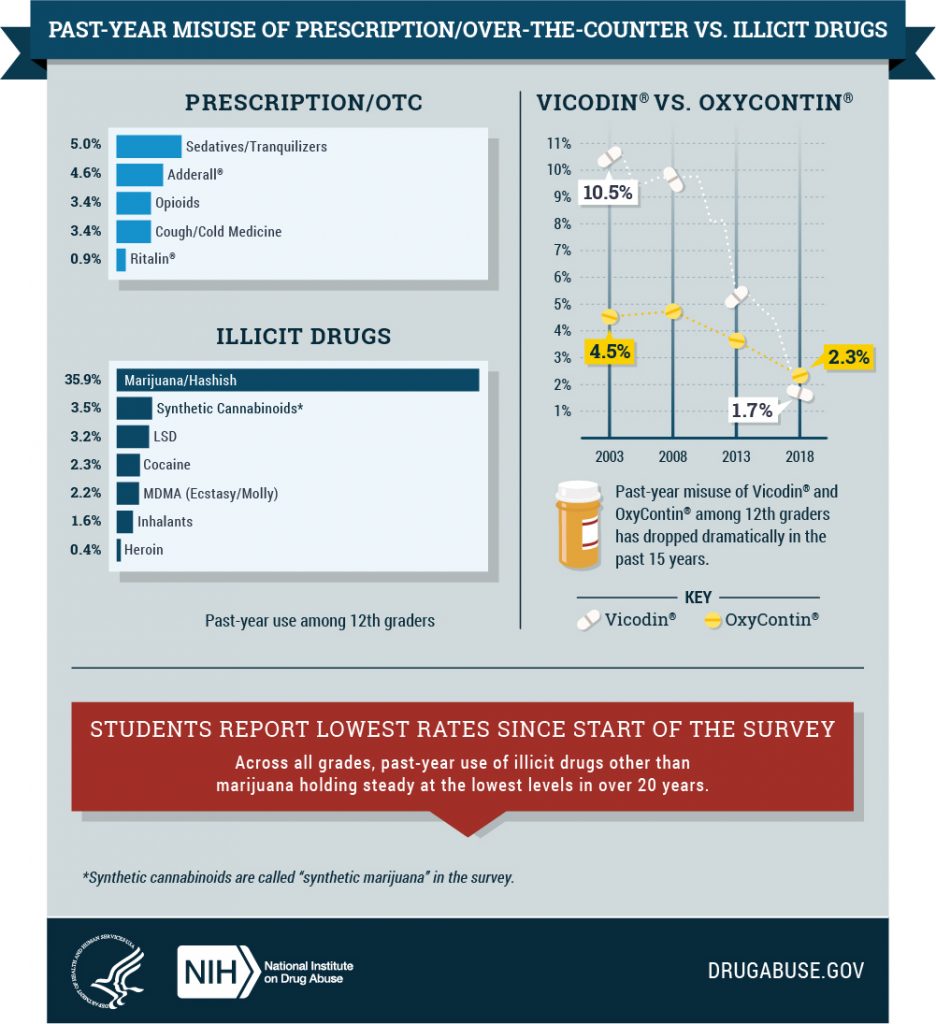 Another recent study, published in Oct. 2017, also looked at the use of synthetic weed among high school seniors and found 20 percent of users smoked the substance 20 to 30 times a month. Half of the users reported smoking the drug at least three times a month.

What is Synthetic Weed?

But what is synthetic weed, how is it made, and what dangers does it pose to your campus community?

Campus Safety looked into these questions to give you all of the information you need in one place.

Synthetic weed, formally called synthetic cannabinoids, is a chemical that is either sprayed on dried herbs and spices to be smoked or sold as liquids to be vaporized and inhaled in e-cigarettes and other devices. It is often sold in small packets and called “herbal incense” or “potpourri.” It is also labeled as “not for human consumption.”

Synthetic weed is often advertised as safe and legal when it is neither. It is part of a group of drugs called new psychoactive substances (NPS), which are unregulated mind-altering substances intended to produce the same effect as illegal drugs. And although “weed” is in the name, synthetic weed (sometimes called “fake weed”) can affect the brain much more powerfully than marijuana.

Synthetic weed also has hundreds of street names, some of the most popular being:

What are the Side Effects of Synthetic Weed?

Marijuana consists of dried flowered buds of the actual marijuana plant, which derives its main psychoactive effect through tetrahydrocannabinol (THC). However, synthetic cannabinoids, which get their name from their effect on various cannabinoid receptors in the brain, can be two to 100 times more potent than THC, according to The National Center for Biotechnology Information (NCBI).

These substances were discovered by scientific researchers who were trying to understand more about the cannabinoid receptor system in the human brain and immune system, according to DrugPolicy.org. It was determined that these substances have different chemical structures than THC, and therefore have different effects.

“The synthetic cannabinoids were used as tools to examine the endocannabinoid system, the system of cannabinoid compounds and their associated receptors in our bodies and in our brains, which is absolutely necessary for normal brain function,” Michael Baumann, a pharmacologist at the National Institute on Drug Abuse, told The Scientist.

“But what’s happened now is that these compounds have been hijacked. The biomedical literature has been hijacked by unscrupulous vendors who are selling these compounds for recreational purposes, and that was never the reason why these things were identified initially,” he continued.

THC is a partial agonist (a substance that initiates a physiological response when combined with a receptor) while synthetic cannabinoids are full agonists, leading to higher rates of some of the more extreme side effects that are occasionally seen as a result of adverse reactions to marijuana.

Those reactions, according to the Mount Regis Center, include four different categories of symptoms:

Synthetic weed can also raise blood pressure and cause reduced blood supply to the heart, as well as kidney damage and seizures.

In 2013, the Centers for Disease Control and Prevention was able to link 16 cases of acute kidney injury to the use of synthetic weed.

This past April, 56 cases of severe bleeding, including two deaths, were reported in the Chicago area. All required hospitalization for symptoms such as coughing up blood and bloody urine.

In 2013, court records show a man who was high on synthetic weed wrapped plastic bags around a woman’s head. In 2018, the same man intentionally drove his car into a Conn. hospital before setting himself on fire.

Below is a clip from VICE showing the daily struggles of synthetic weed addicts in Manchester, England, on the eve of the British government’s synthetic drugs ban.

Continue to Page 2 for more information on synthetic weed, including recent mass overdoses.

The post What is Synthetic Weed? Know the Side Effects, Street Names and More appeared first on Campus Safety Magazine.