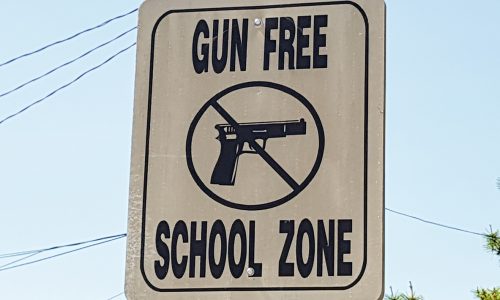 After a staff member was shot inside a Baltimore high school last week, the city school board is reconsidering its position on arming school police officers while on duty.

Board members were scheduled to discuss overturning the decision on Tuesday, but it was rescheduled due to bad weather, reports SIW.

Three weeks ago, the board unanimously voted to oppose House Bill 31, which aims to overturn the prohibition on guns on campus. State Del. Cheryl D. Glenn said she could not move forward without local support.

However, now that a Frederick Douglass High School staff member was shot on Friday, the debate is back on the table.

“We’ll reopen the conversation and see if what happened has caused people to change their minds,” said board chair Cheryl Casciani.

Casciani, along with the rest of the 10-member school board, voted to oppose House Bill 31 on Jan. 22.

The school was placed on lockdown during the incident, reports the Baltimore Sun. The shooting was confined to the lobby and no students were injured.

Marks, 56, is undergoing treatment at the Maryland Shock Trauma Center.

After shots were fired, police took Davis into custody. The officer on duty at Douglass was unarmed, according to school police union president Sergeant Clyde Boatwright.

The officer’s supervisors, who were at the school on Friday for a conference, were carrying their weapons. Spokeswoman Edie House-Foster says no officer pulled out their firearm.

Presently, school police officers are permitted to carry weapons while patrolling the exterior of school buildings before and after school hours. While inside the building during the day, they are required to securely store their weapons.

Boatwright argues that this arrangement leaves the school in a vulnerable position. He does not want to see Baltimore join the list of schools who experience a mass shooting.

Those who argue against guns on campus say armed police officers have done little to prevent school shootings in the past. They feel that adding more guns in schools would put students at a higher risk.

“I still do not want guns in schools. To change the decision right now would be a knee-jerk reaction and an admission that listening to parents and kids is just lip-service,” tweeted Jesse Schneiderman, a teacher who was live-tweeting in his classroom during the shooting last week.

In the state of Maryland, Baltimore is the only jurisdiction with a sworn school police force. Local police or sheriff’s departments, who are allowed to carry weapons, patrol the schools in surrounding counties.