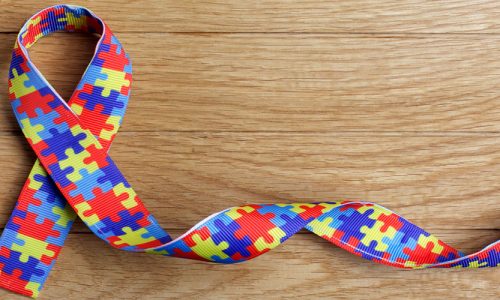 Walker Hughes, a mild-mannered 33-year-old man with autism, and his parents, Ellen and Robert, have spent their fair share of time in and out of hospitals for various doctors’ appointments and charity work.

A typical visit consisted of Walker being pinned to the floor and handcuffed to a bed, his parents say. But his most recent visit was different from the others, according to a column from The Chicago Tribune.

One day in late December, Walker began acting violently due to a paradoxical reaction to a medication that was meant to calm him down.

Related: During Our Darkest Times, Human Kindness Shines Through

He chased his parents through their home, tackling Robert to the ground and biting him through his winter coat, breaking skin. When the Hughes’ called a doctor, they told them to get Walker to a hospital immediately.

When the family arrived at Loyola University Medical Center in Maywood, Ill., Ellen screamed as Walker bit her hand, causing a swarm of safety officers to surround the family.

“Picture it. Here’s this fragile little mom, the aged parents. Walker’s huge and he’s violently attacking me and suddenly there’s all these cops on him,” recalled Ellen. “I’m thinking, ‘My God, they’re gonna kill him.’”

Past experiences had taught Ellen that what was about to happen next was going to be messy.

Walker was taken into an area for testing but kept jumping off the examination table.

Then, Ellen heard the hospital safety officers start to play a game with her son.

“Walker gets up!” the officers applauded as Walker jumped off the examination table. “Walker sits back down!” they cheered again as they helped Walker back onto the table.

The officers then cheered “Walker scoots back” and “Walker lies down.” And Walker did.

The officers continued playing games with Walker, including singing and dancing, for two-and-a-half hours as doctors administered treatment.

“Walker loved it. He was kind of mystified and charmed and started smiling,” Ellen recalled of the situation. “They were men his size who considered him a real person. It’s scary when people don’t think you’re a real person. You have autism and you can’t talk — but you’re a person. It’s scary to be treated like a lion from the zoo. We’ve been to the doctor and the hospitals a million times and I’ve never seen anything like these guys.”

Related: Interacting with Individuals with Autism During Emergencies

The fun games officers played with Walker were the idea of Sergeant Keith Miller, who has a 14-year-old son with autism.

Walker mentioned Mary Poppins and Miller took it from there.

“Right then and there, I knew how to deal with it,” he said. “We started singing ‘Mr. Rogers.’ I did ‘Sesame Street’ voices. We made a game. Clapped, cheered. We stayed there for two and a half, three hours. Very few things were more important than Walker.”

Miller, who trains other officers on how to work with patients with autism, says the need for police and safety officers to receive such training is growing as autism diagnoses continue rising. In 2015, the Center for Disease Control reported that one in 45 U.S. children ages three to 17 have autism.

Several weeks after their visit, Ellen took to social media about the experience, stating, “You can’t train that kind of spirit.”