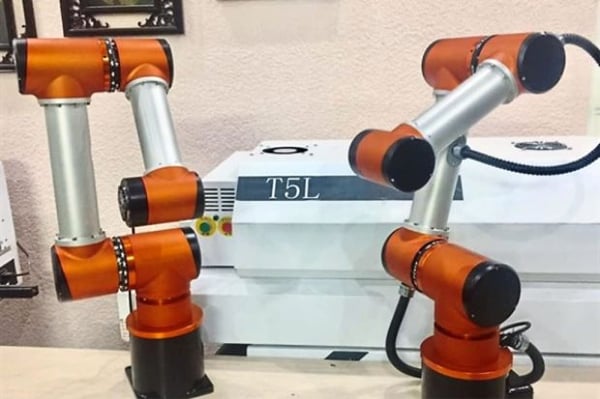 Yaskawa Motoman officially opened a new EUR25 million robot factory and robotics development centre in Slovenia, Europe this week. Driven by growing demand for industrial robots in Europe, Russia, the Middle East and Africa, the factory supplements Yaskawa’s existing production facilities in Japan and China and will satisfy about 80% of European demand for Motoman robots. The new facility is expected to produce 10,000 industrial robots per year, including cobots. (H/T IntelliNews)

Carmaker Ford has developed a mobile delivery robot called ‘Survival’ that’s designed to deliver spare parts to factory workers. As CNBC reported this week, the bot, which recently rolled out in Valencia, Spain is the first of its kind to be deployed in one of Ford’s European manufacturing facilities…

Toyota has opened a hybrid electric vehicle battery manufacturing facility in Chachoengsao province, Thailand, with cobots “integrated into the production environment to efficiently work in conjunction with humans in the production and quality control process.” (H/T The Nation)

Albrecht Jung introduced its first UR5 cobot as part of a research project five years ago. Following the success of their cobot deployment, the firm now has eight cobots working in close collaboration with humans on smart radio assembly tasks…

Vietnamese cobot maker Robot3T has grown rapidly since its founding in 2014 and now boasts more than 500 customers in 60 countries and territories, according to company sources quoted in The Star:

To resolve the problems faced by SMEs, the Robot3T team has focused on building specific robots with simple structures, high efficiency and low costs that are easy to operate for SMEs.

Australis Engineering released video this week showcasing a neat setup in which a TM5 cobot detects an object based on its shape, then picks it up and places it in its correct position on the puzzle board; otherwise known as completing a jigsaw puzzle…

In other cobot & manufacturing news:

An autonomous uncrewed surface vessel successfully completed a cargo run from the UK to Belgium early this week, traversing some of the world’s busiest shipping lanes in the process. The 12 meter (39.37 ft)- long SEA-KIT Maxlimer took 22 hours to deliver its cargo (a 5 kg (11.02 lb) box of oysters), moving at a speed of 4 knots. (H/T BBC News) 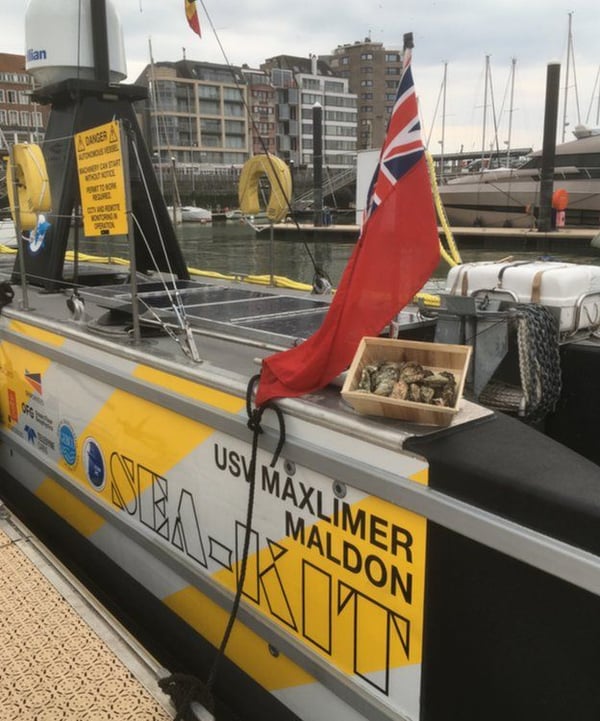 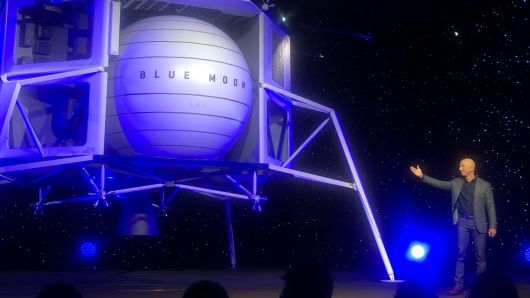 “I love Vice President Pence’s 2024 lunar landing goal,” Bezos said, adding that Blue Origin can meet that timeline “because we started this three years ago.”

Chinese researchers have created a skeletal robot of Caudipteryx (a non-flying dinosaur with ‘proto-wings’) to investigate whether the passive flapping motions of its proto-wings could have led to the evolution of flying in this species. They tested the bot on a treadmill and confirmed that running indeed causes a flapping motion in the proto-wings. (H/T Xinhua) 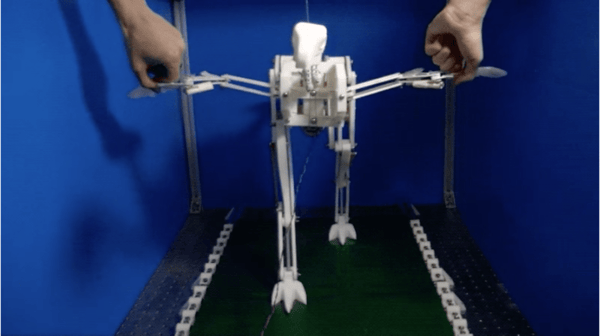 The Verge profiled the work of Miro Robotics, a Japanese firm hoping to bring teleoperated robot butlers to our homes. Ugo is expected to go on sale in 2020, with a price tag of around USD225 per month for rental. 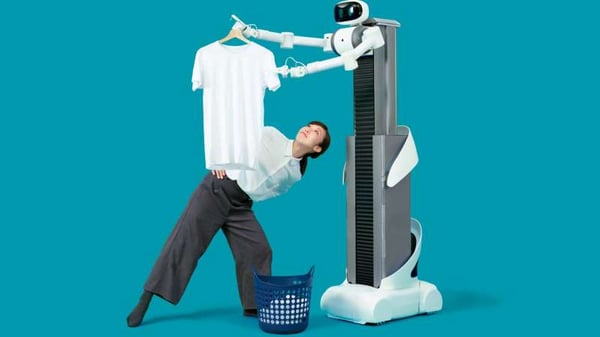 The Ugo robot is operated by a team of humans. Credit: Miro Robotics

Meanwhile, in other headlines:

1. Interns at NASA’s Langley Research Center are working on a series of 3D-printed soft robot actuators to study how such devices might be built and used in space. (NASA has the full story.)

2. VOA’s Elizabeth Lee reported this week on the robotic leg developed at the University of Southern California that can learn to walk by itself in just 5 minutes. (H/T VOA News)

3. Researchers at the University of Zurich have been throwing balls at drones for fun to study the effects of perception latency on the speed with which robots can move through cluttered environments. (Paper: How Fast is Too Fast? The Role of Perception Latency in High-Speed Sense and Avoid)

4. Experts at The Institute for Human & Machine Cognition in Florida, USA have developed a series of algorithms that enable Boston Dynamics’ Atlas humanoid to autonomously make its way across narrow terrain. (H/T Washington Post)

5. Roboticists and medics from Johns Hopkins Applied Physics Laboratory and the Johns Hopkins School of Medicine are working together to better understand bio-inspired path replanning in robot swarms. How do groups of animals manage to change direction mid-journey and can this skill be implemented in groups of robots?