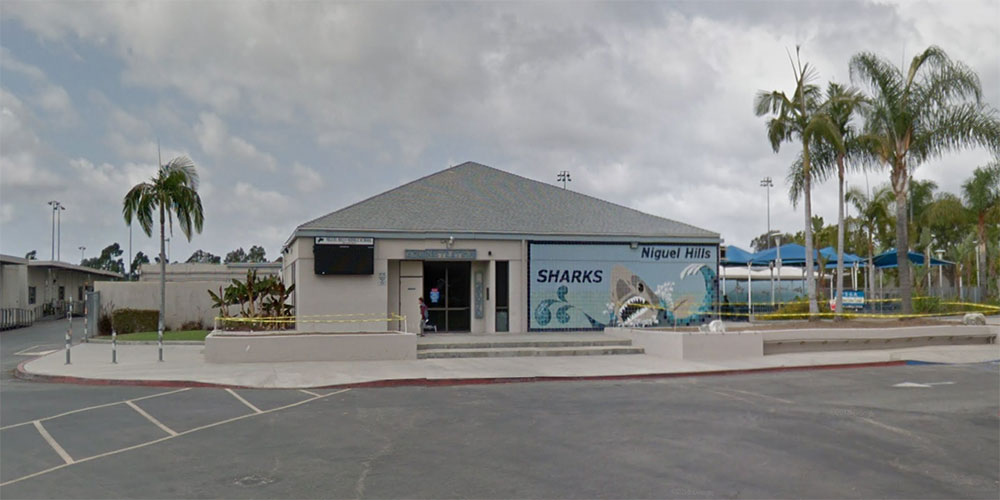 A mother has been banned from a Laguna Niguel, California, middle school after she threatened a classroom of students regarding her daughter’s alleged bullying.

The woman, identified as Christian Tinsley, barged into a second-period class Tuesday morning at Niguel Hills Middle School and began lecturing a class full of students, reports CBS Local. Tinsley claimed a group of boys has been bullying her daughter for months.

“She’s a girl. Ya’ll are boys, ok? If you all bully my daughter, if you look at her the wrong way, if you breathe the wrong way, send your mom to me,” Tinsley can be heard saying in a cell phone recording of the incident. “Sisters, aunts, anybody over 18, I’ll f— them all up. Do you understand me?”

Tinsley also handed out tickets that read, “Free A– Kicking. Must be 18 or older to redeem.”

Look closely at the tickets left in a #classroom by a #mom in Orange County. She went on a rant after she says bullies won’t leave her daughter alone- See the video at 4:30&5pm on KCAL/ @cbsla #cbsla #school #bullying pic.twitter.com/0bFJFNtePR

A mother has been banned from a Laguna Niguel school after she was caught on cell phone video Tuesday threatening a classroom full of students regarding the alleged bullying of her daughter. https://t.co/Ig2xXE5kMS

The teacher who was in the classroom contacted the front office for help. Tinsley was eventually escorted out of the school by the assistant principal. Principle Tim Reece said all visitors are required to sign in at the front office before entering the school.

One student who was in the classroom said students were concerned at first when Tinsley began yelling.

“It was actually kind of scary, but then she was like, all talk,” the student said. “So I thought it was like kind of funny towards the end, but at first it was scary because some random person comes in the class, and starts yelling, like I don’t know what your initial thought would be.”

Related: Mom of Girl Who Died in Fight Says School Failed to Protect Her from Bully

Tinsley said her daughter was sexually harassed and although the school immediately suspended the accused male, she is now being painted as the bad person, according to ABC7.

“She made a comment to me that if she wasn’t as strong as she was, she would have killed herself,” she said, “That’s when Mama Bear mode went into effect.”

Reece said the Orange County Sheriff’s Department has been asked to investigate the case.

“When a parent or student shares concerns about bullying or harassment with administration, teachers, or staff, they are immediately investigated at our school site and both students and their parents are contacted,” he wrote in an email to parents.

Tinsley later admitted she might not have handled the situation the right way.

“I think that sometimes when you’ve done everything you can do the way you’re supposed to do it, and it hasn’t been resolved, then sometimes as a parent, you have to decide if you’re going to go a step further and deal with any consequences.”