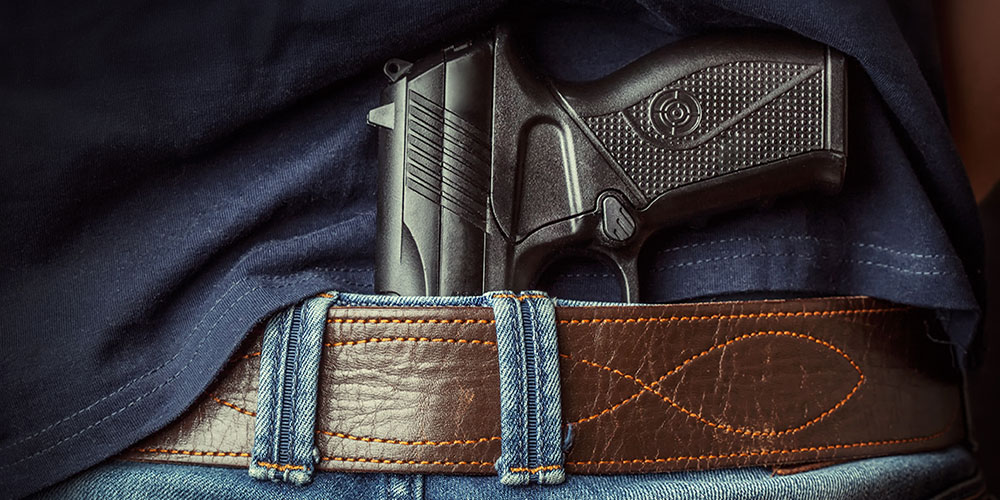 A man who was waiting for a family member in the visitors’ parking lot of a Bartow, Florida, school shot himself in the leg Tuesday while trying to remove a concealed firearm from his waistband.

Amel Villarreal Jr., 39, was standing outside his vehicle attempting to remove the pistol to put it in a compartment in his vehicle when it accidentally went off, reports WFLA.

Villarreal, who has a license to carry a concealed weapon in Florida, was taken to a nearby hospital for medical treatment and is listed in stable condition.

No students were involved in the incident and it occurred after school hours.

Bartow Police have launched an investigation into the incident. Villarreal has been charged with one felony count of possession of a firearm on a school campus.

Approximately 1,983,477 Floridians have a concealed carry permit — the most of any state, according to Newsweek. To see where your state falls, click here.

Florida is a “shall issue” state, meaning the Department of Agriculture and Consumer Services must give a person a license in order for them to legally carry a concealed weapon.

To be approved in Florida, a concealed carrier must:

Applicants must also complete an approved training course that includes a “live-fire” portion at a range.

However, Florida state law does not include requirements for how concealed guns should be carried.

“We hammer gun safety in our courses, but we can’t hold people’s hands when they leave,” said Ryan Thomas, a firearms instructor and owner of Tampa Carry. “Training doesn’t protect you from a lack of common sense.”