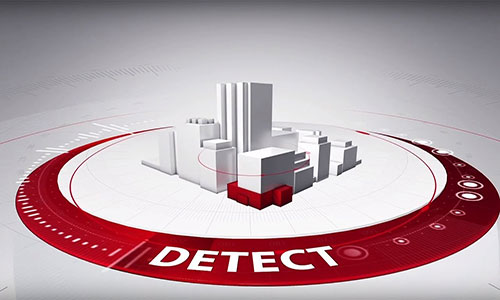 Johnson Controls introduces the new Detect360 active shooter response (ASR) system. The system combines gunshot detection with industry-leading notification technology to provide an immediate warning when a gunshot is fired within a building, according to the company.

Johnson Controls says by providing early notification and precise location of the shooter, the ASR system gives occupants time to find safety and allows police and security personnel to mitigate the threat up to 60% faster.

Related: 7 Signs A Weapon Is Being Concealed That You Should Know

Detect360 ASR uses acoustic sensors with multiple microphones to detect the sound of gunfire. Advanced algorithms then analyze the acoustic signature to confirm the sound was produced by a gun.

Using information from the sensor closest to the gunshot, the system displays the location of the shooter on a map-based graphical user interface (GUI), which can also display audio and video of the incident.

The system also gives first responders information as it develops at the scene, including shot location, number of shots, location of the shooter in near real-time and the ability to remotely monitor the situation through integrated security systems. Additionally, it collects forensic information that can later be used by law enforcement.