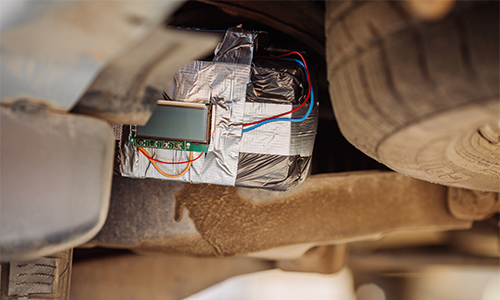 A man suspected of planning to bomb a Missouri hospital providing critical care during the coronavirus pandemic is dead following a confrontation with the FBI.

On Tuesday, federal authorities attempted to arrest 36-year-old Timothy Wilson, who was the subject of a “months-long domestic terrorism investigation,” when a shootout ensued, according to NBC News. Wilson, who was armed, thought he was meeting up with someone to pick up a car bomb. He was taken to a hospital where he was later pronounced dead.

“There were a bunch of SUVs, black, and there were people wearing HAZ-MAT stuff and white outfits and masks and stuff. I had no idea what that was,” witness Marty Feuerborn told WAGM.

Wilson had acquired materials needed to create a bomb but was continuously under close watch, according to a statement from the FBI.

Related: Which Hospital Regions Are Most Prepared for Coronavirus Patient Influx?

Agents described Wilson as a potentially violent extremist known to convey racial and religious hatred and anti-government rhetoric. While under surveillance, Wilson expressed wanting to commit an act of terrorism — specifically a bombing — and had previously considered targets such as a school with a large population of black students, a synagogue and a mosque.

When the coronavirus outbreak started to spread throughout the United States, the FBI said Wilson changed his target to an unidentified area hospital because he was upset with the government’s handling of the pandemic, including issuing stay-at-home orders.

“With the current health crisis, Wilson decided to accelerate his plan to use a vehicle-borne improvised explosive device in an attempt to cause severe harm and mass casualties,” the FBI wrote in the statement.

It remains unclear whether Wilson was wounded by FBI agents or took his own life. An investigation is being conducted by the FBI’s inspection division.

In Missouri, there have been 356 cases of COVID-19 and eight deaths as of Wednesday.