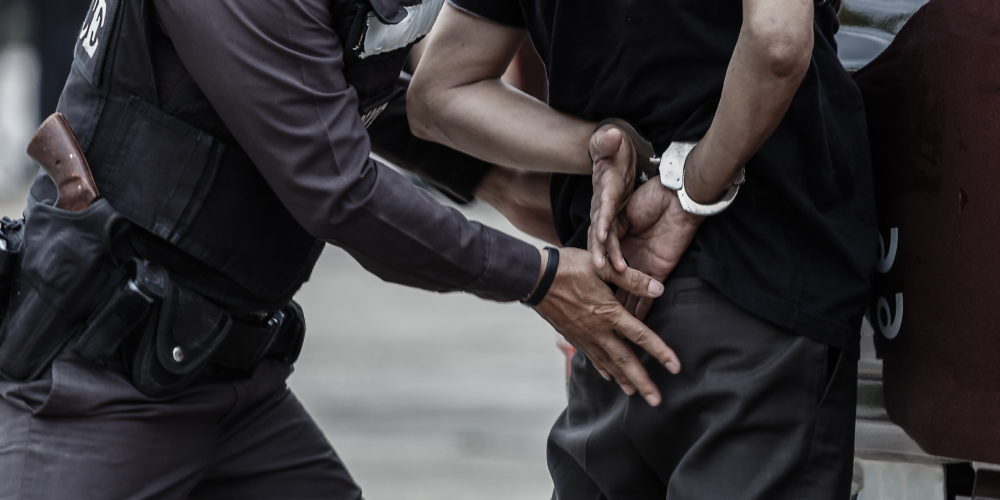 In the past several years, the public has paid more attention to use of force by law enforcement officers as videos of incidents have been posted and shared on the Internet. Often recorded by a bystander on a personal cell phone or even by an officer’s body camera, the images can raise concerns in a community. The attention has brought to light the need for law enforcement, including campus safety departments, to engage with their communities about efforts to measure and address use-of-force matters.

Related: Improving Your Public Safety Department’s Image in Your Community

For Chief Matt Kiederlen and his officers and the administrators at the University of Wisconsin (UW)-Whitewater, use of force has always been a topic of concern. While UW-Whitewater’s police department has collected information concerning their own uses of force for years, there were no nationwide statistics that might allow them to understand the topic from a broader perspective. That was the case until last year, when the FBI launched the new National Use-of-Force Data Collection. Kiederlen and his staff embraced the new use-of-force reporting tool that is available at no cost to all law enforcement agencies across the nation. Kiederlen believes the data will serve as a factual resource for the public and to pinpoint trends and fuel solutions on the campus.

About the National Use-of-Force Data Collection

The National Use-of-Force Data Collection is a nationwide effort that allows law enforcement agencies of all sizes to voluntarily report information about incidents in which their officers have used force in the course of their duties. Three specific uses of force are reported: incidents where use of force by a law enforcement officer has led to the death or to the serious bodily injury of a person, as well as when a law enforcement officer discharges a firearm at, or in the direction of a person. Police departments can report their data in a number of ways, including directly through an online portal provided by the FBI or through their state’s uniform crime reporting program.

The FBI developed the National Use-of-Force Data Collection at the request of major law enforcement organizations, such as the International Association of Chiefs of Police and the Major County Sheriffs of America. These leaders approached the FBI to create the system because it was a natural fit — law enforcement agencies have been sharing criminal justice data with the FBI’s Uniform Crime Reporting Program since the 1930s.

Participation Is an Opportunity

For the UW-Whitewater Police Department, participating in the FBI’s National Use-of-Force Data Collection is an opportunity to both formalize UW’s use-of-force data collection processes and to keep their 14,000-plus constituents more informed.

Kiederlen says one of the major elements of the job in law enforcement and policing, in public safety as a whole, is to let the public know what the officers and the agency are doing. The new data collection provides an opportunity to communicate about use of force.

It is also a way to monitor how officers are reacting to situations and to look at what types of new training the department may need — whether that training pertains to officer safety or to how their university can better share information with the public.

When the Data Is Important

UW-Whitewater Vice Chancellor Grace Crickette also finds the program to be important, and the administration at UW-Whitewater wholeheartedly supports the Kiederlen’s endeavor to report his use-of-force data. Whether it’s the information voluntarily reported to the FBI, or a matter of legal compliance, such as with the Clery Act, Crickette finds it is important to understand why and what data is being collected.

“You have to collect and report the correct information,” she declares, “and represent it in a correct way so you end up with a true picture of what the risks are on campus.”

According to Crickette, when they post the data on their campus’ website, they present it as one of the many things they are doing to make the university’s campus safe and secure.

Both Crickette and Kiederlen agree that students, employees, and the students’ parents aren’t beating down their doors wanting to see data concerning use of force by their officers, or even on- campus crime. Crickette says that what actually happens is a student or a parent hears a bit of information about the campus or has an individual, independent experience or encounter. They assume something is wrong on campus, the campus is not safe or they don’t understand why the police behaved in a certain way. The sound bite may be extrapolated across the whole campus based on one incident, so data becomes vitally important to tell the full story.

Crickette and Kiederlen concur that the data helps to put an incident or concern in context and to react appropriately, whether that reaction is an apology or, at the very least, addressing concerns by sharing the data that shows, overall, UW-Whitewater is excellent at providing safety and security. The administration and the safety department are always seeking to get better, so the data is also helpful to measure success and identify areas for improvement. Data can tell the real story and shift people’s understanding when they have had a bad experience or are simply voicing their concerns.

In addition to the trends and potential solutions that could develop when a large number of agencies report use-of-force data, the bottom line is transparency. Kiederlen regards every police department as a public service entity and believes every individual in our country should have the ability to know what is happening.

“We are a free society,” he says. “Policing is a voluntary effort, and we rely on the voluntary compliance of our citizens to the law. We have to show that we are just as willing to voluntarily provide the information that they want and need and should have.”

Statistics for Kiederlen’s department demonstrate that very little force is being used by his officers, but he feels the public too often has a perception that a lot of force is being used. The use-of-force data collection presents the opportunity to show both sides of the coin.

“Yes, there are uses of force that are taking place,” the chief related, “but they’re also not as prevalent as you would think when you look at the comparative number of contacts that police have throughout the country on a daily basis. How many times is force really used? I think it’s going to be shown to be fairly minimal.”

When the public knows what their police department is doing, whether they think it’s good or bad, departments can develop a level of trust with the public.

“If they know you’re willing to admit, ‘Something happened that you may not be happy with,’ the public is more likely to trust and believe us when we say, ‘Hey, look at the good stuff we’re doing, too,’” Kiederlen says. “When we’re only trying to show the good, without recognizing some of the bad, we end up in a position where trust will never, never truly be built, and that affects our entire capability to police and serve our community.”

Of course, contributing data to the FBI’s National Use-of-Force Data Collection is just one piece of UW-Whitewater’s efforts to address officer uses of force. Kiederlen reports that every time their officers go to the shooting range, they spend time going over use-of-force tactics and expectations.

The department recently moved to the Integrating Communication, Assessment, and Tactics (ICAT) model to better prevent the need for force. ICAT is a different way to look at use-of-force from the long-held standard the UW-Whitewater’s Police Department previously used. ICAT integrates the concept of decision-making and looking at things from the core of ethics and policy. Is it ethical? Is it appropriate? Officers assess the situation, implement an action, reassess and implement again and again as the incident progresses.

Kiederlen says using ICAT is a gigantic move in the use-of-force process in his department from philosophy to tactic to policy; his department has spent a lot of time looking at the topic.

Addressing use of force is a constant in police work, and rightly so as it is one of the most dangerous aspects of the job. The moment an officer must intervene in a situation by using force with a subject, the action puts not just that subject at risk, but also the officer and the surrounding public. Constant, consistent and forward-thinking use-of-force training must become the norm.

Be a Part of the Solution

Kiederlen encourages all campus police departments to report their use-of-force incidents or lack thereof to the FBI.

“You’re going to see a benefit in the long term,” Kiederlen states. “Even if you don’t understand or recognize that now. If you don’t see that benefit right now, if it’s not clear to you, it will become clear later on. Our campus communities, the communities surrounding the campus, our administration, our student leaders, all of them need to understand what’s really happening — what policing looks like on our campuses. And whether that’s because there is use of force, or because there isn’t use of force, either way I think we’ll demonstrate a positive aspect in doing the reporting.”

Campus police departments interested in learning more about participating in the National Use-of-Force Data Collection should go to www.fbi.gov/useofforce or contact the FBI at [email protected].

Jennifer Kniceley Sprouse, M.S., is a writer-editor for the FBI, and Wittlee Retton-Tennant, J.D., is a liaison specialist for the FBI.