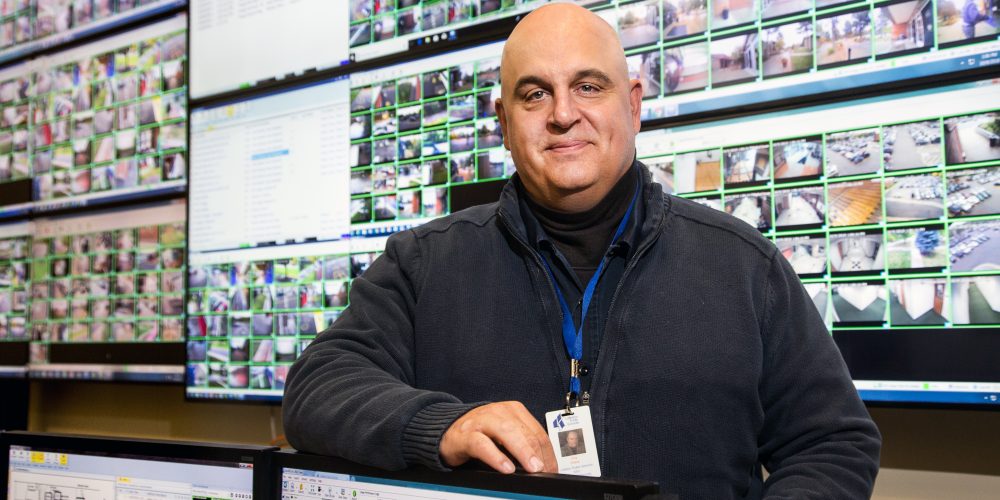 Back in 1988 when Guy Grace began his career at Littleton Public Schools (LPS), it was practically unheard of for an American school district to have 24/7 security and emergency management systems, not to mention the personnel supporting these programs. Few, if any, emergency response plans existed, and drills were only for fires, tornadoes and other weather-related emergencies. Additionally, local first responder agencies generally didn’t work with their school districts for a coordinated response to incidents.

Needless to say, things have changed dramatically over the past 32 years, and Grace has not only witnessed these changes but has been a driver of many of them. That’s why he has been named one of this year’s K-12 Directors of the Year.

When Grace started with LPS, he was the responder to most of the crimes that took place at all hours on the district’s campuses. His skills resulted in the apprehension of more than 300 burglary and vandalism suspects in two years, which led to him being promoted to security coordinator.

In his new position, he altered nighttime patrol operations to make them more effective. Because of these changes, from 1995-2000, criminal apprehensions at LPS increased 90% and property damage decreased.

In 1997, Grace began work on a process and system that provides a virtual tour of entire facilities, with comprehensive, interactive, hyperlinked information, such as emergency contacts, utility shut-off locations, building floor plans, aerial photos and more. This award-winning system is still used today by many other schools and organizations.

These and other accomplishments led to Grace being tasked with establishing the LPS District Security Department in 1999.

“We had many discussions around how to ensure safe schools but not to create ‘fortresses,’” says Dr. Stan Scheer, who was LPS’ superintendent from 1999-2006. “Guy immediately understood the variables involved and was tireless in his efforts to develop and implement systems based on national expertise as well as collaboration with local law enforcement.”

Of course, anyone who has been in the campus protection field for some time knows that 1999 was a pivotal year for school security… Columbine happened, and the world seemed to change overnight.

“Post-Columbine, Guy had the responsibility of developing the new school security playbook,” says Retired LPS Assistant Superintendent of Operations Kirk Madsen. “It was his vision that led to the LPS emergency preparedness plan, which has since become a model for many.”

In 1999, Grace created a safe buildings team that pulled together many of the stakeholders within the district and the community and first responders to plan safety and security efforts for LPS. In 2001, Grace and the district established incident command teams at each of LPS’ schools. That same year, LPS became the first district in the state of Colorado to deploy 800mhz radio systems in all of its schools and busses.

Due to Grace’s leadership, tabletop exercises and drills have been conducted regularly since then, with comprehensive debriefs involving fire, law enforcement, campus administrators and staff. Additionally, LPS continues to update its flipcharts, emergency operations plans and standard operating procedures.

Grace has worked tirelessly to develop partnerships with other outside organizations, as well.

“I am also very proud of our partnership with the Red Cross,” he says. “We have trained and certified thousands of staff, students and community members over the years. My staff are also Crisis Prevention Institute instructors and teach all kinds of endeavors with the schools.”

Columbine also prompted LPS to invest in access control, video and audio surveillance, mass notification and integrated security, and Grace was instrumental in all of the technology implementations. He even assisted vendors with system designs. 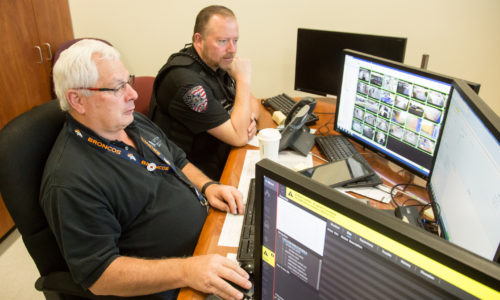 Shortly after 9/11, Grace designed emergency planning software for the first tablets and cell phones (PDAs), enabling police and fire to access emergency information on the go. Additionally, he’s worked with several manufacturers on creating school safety programs over the years.

He and his staff are trained and certified as technicians to oversee and maintain LPS’ security systems. This expertise came in handy during the Great Recession, when several of the manufacturers that provided security services to the district went out of business. One of those was LPS’ access control provider.

When the district’s access control server stopped working, Grace and his team were able to build their own server and keep the system running for more than a year until a new provider was found.

Campus Safety will soon be accepting nominations for next year’s Director of the Year award program. If you are interested in submitting a nomination, email CS Editor-in-Chief Robin Hattersley at [email protected], and she will let you know when the nomination period opens.

“LPS has developed and is continuing to implement far more reliable systems while saving millions of dollars in contrast to using commercial installers and integrators for such a robust system over time,” Dorn said. “By internalizing the capability to purchase, install, upgrade and repair their own systems and negotiating the ability to blend cameras and other products from multiple vendors, LPS has not only dramatically reduced costs, but is not at the mercy of integrators, installers and manufacturers.”

Grace has been so involved in the development, implementation and maintenance of campus security technologies that he is now chairman for the Security Industry Association’s Partner Alliance for Safer Schools (PASS).

On average, he personally handles at least six calls per day across the district. Additionally, throughout his career, he’s responded to a wide variety of incidents, from fatal student accidents, completed suicides on campus with firearms, Hazmat spills, wild animals, de-escalating upset, intoxicated parents on school grounds, finding missing children, bomb threats and more. In many cases, he has de-escalated situations so that violence was averted.

In 2013, he was deeply involved in assisting law enforcement and the district after an Arapahoe High School student shot and killed 17-year-old Claire Davis.

Sadly, all of these incident responses have taken a toll on Grace. He was diagnosed with complex PTSD in February 2019.

Related: Compassion Fatigue: Your Job Is to Help Others, but Who Is Helping You?

According to Grace’s wife Deborah, he initially tried to keep his diagnosis to himself. He came forward at a May 2019 school board meeting, however, because the board was revisiting the 2013 Arapahoe High School shooting, and people were looking to blame someone for the tragedy.

“Guy spoke publicly on record at the meeting regarding what was going on in the background to keep kids safe,” she explains. “He also informed the community in a very caring way about the ‘cost’ of these events to people who respond. Guy then shared his recent diagnosis but also emphasized that everyone needed to be strong to help the kids in our community. Myself and others believe that it changed the initial tense tone and united people who may have been on opposite sides.”

‘Take Care of Yourself.’

When asked what advice he would give to other school protection professionals, Grace’s first suggestion is informed by his PTSD diagnosis: “Take care of yourself. If you do your job long enough, you will be exposed to some very disturbing things. Watch your mental health closely. For me, this was a recent, difficult journey. Don’t ignore it because you can lose everything.”

Despite the challenge, however, Grace loves his job. He will be retiring this year but looks back fondly on all that he’s accomplished with LPS.

“I’ve enjoyed being responsible for protecting people… sometimes very difficult people, but I’ve enjoyed getting those people and the district to a good place,” he says. “I also have dealt with many difficult, trying events. I’m VERY proud of how I handled them, often on the fly with no guidance.”

Grace believes that when he has caught students in the planning phase before they acted out, it might have helped them to become productive members of society.

“You think that maybe you’re giving them a second chance at life,” he adds. “I know we’ve saved a lot of lives over the years.”