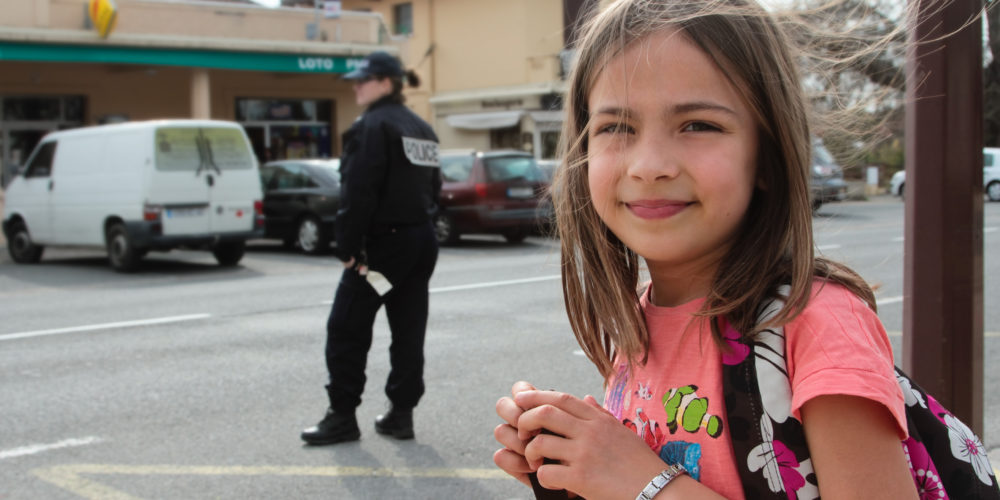 I have a growing concern about more and more pressure being placed on school districts to cut ties with school police since the death of George Floyd. For example, the Minneapolis School Board voted unanimously to discontinue the contract with their police officers, and others including Denver and Portland, have followed suit. School resource officers (SROs), the most common type of law enforcement on campuses, and their degree of involvement in student discipline varies across the United States.

Chalkbeat, a non-profit organization, reported that school officials have listened to the outcries of students, educators, and activists from across the country from Chicago, Seattle, New York City and Houston. Some school districts are calling for better training of the SROs. This training would include ways to de-escalate situations and move away from punishment toward building relations with troubled students. This effort would be an attempt to end the school-to-prison practice, which affects a disproportionate number of minority students.

The question becomes, “What type [of] school safety plan will be put into place should the districts decide to cut ties with the police?” The New York Times described the school officer’s job in Auburn, Alabama as “a job with many roles and one big responsibility.” SROs around the country described their roles as counselors, teachers and law enforcement officers.

My experience of 17 years as principal of Furr High School in Houston, Texas taught me that school enforcement officers are a necessity on school campuses and can be trained to play a multitude of important roles successfully. They also appear to function more effectively if they are familiar with the neighborhoods served by the school.

When I arrived at Furr, the school had a plethora of identified gangs, was labeled a “direct pipeline from high school to prison,” and was labeled by the state as “a dropout factory.” A student had been shot on campus the previous year. The violence was so threatening that I engaged the gang task force. The abusive behavior of the gang task force toward students only escalated the violence on campus. I removed the gang task force and hired two school police officers, Craig Davis and Danny Avalos, who worked with me to transform the school into a safe haven. Both officers were from the school neighborhood and understood our students and their needs for counseling and mentoring.

In 2013, the New York Times visited the school to find out what made the difference in our campus and why the presence of SROs did not result in more students in court. That same year, reporters came from Spain and France seeking the same information.

Craig Davis remained with me at the campus throughout my entire tenure, and Danny Avalos received a promotion. When he left, Craig Davis remarked, “Congratulations to Captain Avalos. He was my partner at Furr High School for 2 years, and we helped change the environment with all the gangs there. We were featured on the front page of the New York Times due to our success.”

During that time, the school did not practice zero tolerance, did not suspend students and only expelled them when required by law. We implemented restorative discipline to restore relations and a student court to address minor infractions. Officer Davis played a major role in these changes.

I am strongly in favor of police officers on school campuses for two reasons: to provide a safe environment within the school and to protect from dangerous intrusions that might occur. I am also strongly in favor of hiring officers who understand the communities served by the school and who show empathy, good listening skills, the ability to establish positive relationships and the desire to ensure the success of each student.

I am fully aware that school districts across the nation are strapped with limited funding. I am also fully aware that the safety and security of the schools can be achieved by the careful selection and training of school resource officers. I know because I have lived it.

For 61 years Dr. Bertie Simmons, Ed.D. author of Whispers of Hope: The Story of My Life,  was a dedicated educator in the Houston Independent School District (HISD). Simmons came out of retirement to serve as principal of Furr High School in 1999.  During her more than 17 year tenure, she was instrumental in revitalizing the school and creating transformational opportunities for some of Houston’s most disadvantaged students. In 1965, Simmons was named the HISD Teacher of the Year. In 2011 she was named HEB’s Best High School Principal in Texas. She also received KHOU’s Schools Now Spirit of Texas award.  In addition, Furr was one of only three schools in the nation identified for the College Board Inspiration Award in 2011. Education advocate and philanthropist Laurene Powell Jobs, wife of the late Apple, Inc. CEO Steve Jobs, recognized Furr High School as a recipient of a $10 million grant through the XQ Super School Project. Simmons’ school was one of 10 selected from nearly 700 schools nationwide for “reimagining high school education.”